That's not a moon, it's a space station! 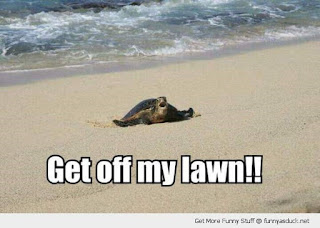 Seriously-- I was NOT expecting the many and the varied quotes I got! The FB thread is truly astounding, but even here on the humble blog there are quite a few. Feel free to keep suggesting-- I've already gone back and started to change my chapter titles using ones that you all suggested. Wow--just… so much awesomeness! Can't even…

So thank you!  I wish I had something really astounding for the blog to reward you-- but I think we're going to have to stick with the Fan Fic Friday and hope I can keep it up.  For today, I'm going to yammer as usual.  Okay with everyone? Okay then.

The new aqua aerobics instructor has no actual experience in aqua. This happens sometimes because the bosses don't have quite enough instructors for coverage if the really GREAT instructors who are already there have to be gone for a reason.  This particular very young instructor has a lot of energy, which is fine, but when she tells us to do water sprints, she insists on keeping up with us on the concrete. Now, I've actually been taking aqua classes for nearly twelve years, and there are a few things that I've learned from watching instructors self-destruct and then come back after surgery--and I'm so afraid she's going to hurt herself. But that's not the only thing she doesn't know, and it's starting to make me a cranky bitch, so I'm going to share.

*  For starters? Don't run on the concrete. There are NO pads and you will destroy the cartilage in all the body parts if you do that. Oh--so taking the advice of the fat troll in the pool is too hard for you? Well then… keep doing what you'll doing and then when they have to repair the meniscus in your knee or inject cartilage n your back, you'll know why.

*  For also starters-- that awkward thing you do when you tell us we need to lift our arms out of the water and above our head before putting them back? Well, if we're  doing an actual stroke, with specified moves, we could do that and propel ourselves through the water. What you are asking us to do will damage our joints, because lifting your arms in and out of the water like that puts stresses on strange places. I know you think it looks like fun OUT of the pool, but it's not when we're IN the pool.

*  Speaking of out and in the pool-- OUT of the pool, you are twenty something and perfectly willing to screw up your own body with your own stupidity, but IN the pool, we are either elderly, overweight, or suffering from some sort of physical problem from fascaeitis to arthritis to e.d.d..  Some of us are trying to exercise safely because there have been cardiac threats in the past. (Not me, thank God, but I get very protective about the little old ladies in my pool!)  Now, me personally? When you play that catchy little guitar riff that could kill a hyperactive otter? I tone it down out of instinct-- I never trust the person on stage, you are no different. But the sweet little old women in the pool with me are killing themselves to keep up. Every instructor I've known, in or out of the pool, reminds people to go with their own pace.  You need to as well, because otherwise you're being irresponsible.

*  And speaking of irresponsible-- when several people tell you that a move-- say, thumbs down breast stroke, for example? Is bad for people, please don't blow them off and do it anyway. I watched the authority effect happen today--half the people in the pool should have known doing that could tear their shoulder muscles, but instead, they watched perky young thing on the poolside making that motion and copied her.  She did the same thing with extension exercises, and I foresee a lot of strained backs.  Plank position, sweetheart, because we can hyper extend our legs behind us really easily in the water, and hello, that would fucking hurt.

Now, I know a lot of people probably read that rant and thought, "Gees, lady, you teach the class!"  I was actually asked to-- and for a whole moment, thought about it.  It sounded like a lot of fun-- but I just don't have time right now.  But that doesn't mean I don't have some things to offer.

Or, you know, at least kvetch about.

I guess my biggest beef was that we tried to offer advice-- little things like thumbs up instead of down make such a difference in the water, because you have SO much pressure magnifying every move.  But she wasn't listening.

Of course, it was probably karma. I remember when I was a new teacher and I thought I knew SO MUCH MORE than all of the old people trying to give me advice.

In this case I'm trying not to let that old dog bite all of us oldish women on the ass as we thrash about in the water.

*whew*  So thanks for letting me get that off my chest-- tomorrow, I whine about them kids on my lawn!