Seriously-- I didn't think I was going to make it. I have to admit, the end was a lot easier than the beginning-- and it was still pretty intense.

So I'm sooooooo happy to see that September is moving on a bit, and that it's looking like it might not be a thousand degrees over the next month. *sigh*  Everybody pray for rain, okay?

And also, everybody enjoy the fall reading we've got here!  (We could file that under clumsy segues, but let's be charitable and not, kay?)  Seriously-- we've got four new releases, one of them het and one of them RHYS FORD (I've been waiting for this one!) and a sale on an author that I think you'll really love.  So fall, time of change and the falling away of the old and the hope for the new, here we come--we're ready for some new and some change and some exciting awesome reading-- are you all with me? 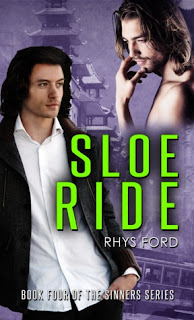 Sequel to Tequila Mockingbird Sinners Series: Book Four It isn’t easy being a Morgan. Especially when dead bodies start piling up and there’s not a damned thing you can do about it. Quinn Morgan never quite fit into the family mold. He dreamed of a life with books instead of badges and knowledge instead of law—and a life with Rafe Andrade, his older brothers’ bad boy friend and the man who broke his very young heart. Rafe Andrade returned home to lick his wounds following his ejection from the band he helped form. A recovering drug addict, Rafe spends his time wallowing in guilt, until he finds himself faced with his original addiction, Quinn Morgan—the reason he fled the city in the first place. When Rafe hears the Sinners are looking for a bassist, it’s a chance to redeem himself, but as a crazed murderer draws closer to Quinn, Rafe’s willing to sacrifice everything—including himself—to keep his quixotic Morgan safe and sound. 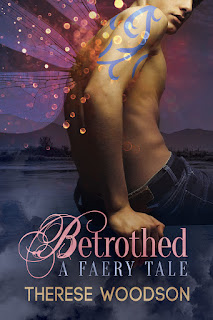 
Faery royalty have always married for duty rather than love. Prince Chrysanths should be no different—except with a human for a father, the prince known as Puck already is different. When he is betrothed against his will to Prince Sky, Puck flees to his father in the human world, only to have Sky follow.

Prince Sky Song of the Clouds isn’t thrilled with the prospect of marriage either, but is bound by duty to follow through. If he can’t win Puck over, the faery realm might very well dissolve into utter chaos. Too busy arguing, Puck and Sky are unaware there are others with a vested interest in seeing the betrothal fail. In a bid for Puck’s crown, they’ll seek to keep them apart, even as Puck and Sky realize that duty and love don’t always have to be mutually exclusive. 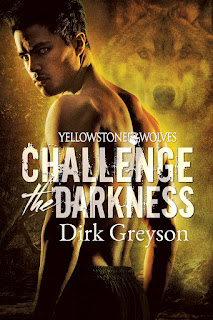 Challenge the Darkness
by Dirk Greyson

When alpha shifter Mikael Volokov is called to witness a challenge, he learns the evil and power-hungry Anton Gregor will stop at nothing to attain victory. Knowing he will need alliances to keep his pack together, Mikael requests a congress with the Evergreen pack and meets Denton Arguson, Evergreen alpha, to ask for his help. Fate has a strange twist for both of them though, and Mikael and Denton soon realize they’re destined mates.
Denton resists the pull between them—he has his own pack and his own responsibilities. But Mikael isn't willing to give up. The Mother has promised Mikael his mate, told him he must fight for him, and that only together can they defeat the coming darkness. When Anton casts his sights on Denton's pack, attacks and sabotage follow, pulling Denton and Mikael together to defeat a common enemy. But Anton’s threats sow seeds of destruction enough to break any bond, and the mates’ determination to challenge the darkness may be their only saving grace.

The Bend or Break collection is an LGBTQ series of linked standalone novels. From off campus roommates who cross all the boundaries or an angry banjo boy with his hometown ex, to a bangable dudebro with a huge heart and a bi girlfriend, or a pair of competitive crew rowers, these stories are emotional, honest, and smoking hot!

Off Campus is currently on sale for 99 cents, but I'm not sure how long that will last. It was supposed to be over already! I'm happy it's not, but it could end at any time.

Off Campus (sale) or Level Hands (new release) elsewhere. I know this is more links than you need, but I figured I'd give you all of the & you can use what's most preferred. :)

Off Campus at ARe 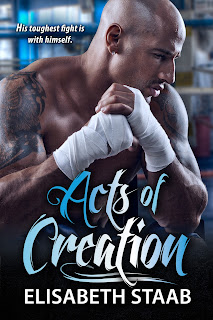 Actos of Creation
by Elisabeth Staab
He’s living a lie.

Dante Ramos: Champion. Ladies’ man. Party animal. Women want him, and men either want to be him or put his lights out for sleeping with their girlfriends. It’s all an act. Inside, he’s so full of self-loathing he’s on a fast-track to self-destruction.

She’s living in the shadows.

Meeting Michelle at a support group for assault survivors shows Dante a new world of possibilities. Finally, someone in his life might understand him, and she creates in him a fierce need to protect. Trouble is, Dante lives his life in the spotlight, and the only thing Michelle wants is a place to hide.

And that's it, folks!  Remember--if you have anything you want posted on Kermit Flail, be sure to send it to me the last week of the month. I need a .jpg photo, a buy link, and a blurb and I'm good to go!  I'm always up for new *Flail*!!!

Therese and I were in the Dreamspinner anthology ALL IN A DAY'S WORK together, and her story was absolutely charming. And smoking hot! Can't wait to check out her debut novel! :)