So, folks, a bunch of us are posting fics for RJ Scott's blog for a holiday celebration.  Now, I met RJ at GRL this year, and she's charming and bubbly and I read her book, The Christmas Throwaway, and I'm so excited to be a part of her shindig!

Part of the prompt was that we pick an established couple, and, well…

These guys have been on my mind a lot. 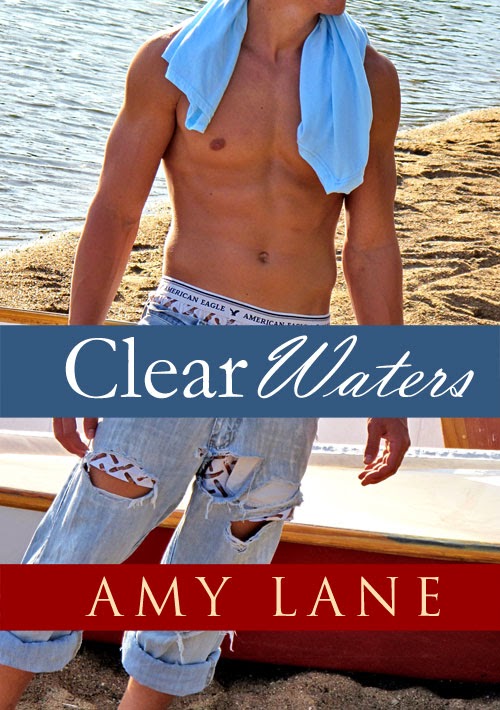 A Whiskey and Patrick Fic

“I’m going down to work on the boat—you want to come with?”

To his credit, Whiskey’s voice didn’t have a note of recrimination in it, even though it was sort of Patrick’s fault that the boat had sprung a leak and needed repairs right before Christmas.  All things considered, though, it was probably better that Patrick had other plans, so he looked up from his bed and smiled guilelessly but regretfully.

He hoped it was a guileless smile. He was trying for “innocent” and “inoffensive” and “not planning to buy your boyfriend’s Christmas present while he went to work on the boat.”

Whiskey had shaved recently, and the brown scruff on his cheeks wasn’t as deep as usual. Which meant when he rubbed it, the rasping sound filled the room.

Patrick smiled winningly and looked right past his left temple, avoiding all contact with his gold-brown eyes.

“Your dad wants us to stay until after the New Year—Lori Ann even asked if that’s okay.”  Well, Dad’s girlfriend was pretty awesome. And she was afraid Patrick and Whiskey would catch cold, which made sense since he’d been trying to install a space heater when he’d accidentally popped a hole in the boat—but that’s not what was on Whiskey’s mind right now.  “I don’t have to go do repairs right now.  Did you want to go ‘study’ at the mall together?”

Patrick flailed his long-fingered hands and then covered his eyes.  “No! Because you’ll know what I’m getting you! Because I suck at surprises! So… you know. I’ll go by myself and get your Christmas gifts and hide them.” His grin felt much more sincere now.

Whiskey grimaced.  “You, uhm, know we’re spending most of my money on our leaky home, right?  I mean, at this point my present for you is—“

Patrick launched himself off the queen-sized bed they were sharing in his father’s house until the houseboat was livable in the winter.  “You!” he finished, excited.  “You’re my present this year!” His melted into Whiskey’s arms, shorter, but strong and lithe.  “This is our first Christmas together, really,” Patrick whispered against his ear. “So I need to get you something really awesome.” Whiskey had been gone the year before, researching in the arctic, and their relationship had survived until he'd returned. Patrick wanted it to be special--even if they weren't celebrating in their home.

Whiskey laughed into the hollow of Patrick’s neck, tickling him. “You’re awesome. Don’t worry about the present—I told you, we’ll keep it small this year so I can take you with me in the summer.”

Patrick beamed at him. “Okay.”

“Don’t worry, Whiskey—I’ve got it nailed.”

He pretended not to see Whiskey grimace. He had plans.

Whiskey missed Patrick’s company when he was working on the boat, but he didn’t mind missing the “help”. Patrick tended to forget what they were doing in the middle when they were doing it—which is sort of how the hole in the hull had happened in the first place.  Whiskey, in fact, spent the bright December day squinting against a headache because his last pair of sunglasses had been knocked off his nose and into the river by Patrick’s elbow when they’d been pulling the winterizing tarp over the deck so, yeah—he’d made progress and nothing had been broken. He was calling it a win.

However, he was glad to get back to Patrick’s father’s house, up in the rich part of Orangevale, and he was even happier when he walked in and smelled two of Patrick’s favorite things: cookies and pizza.  Yes, he was getting too old to eat them both but after the day of gluing indoor/outdoor carpeting to the inner hull in an effort to insulate, he would eat anything as long as it was warm.

The cookies were, in fact, purchased from the Otis Spunkmeyer (the name cracked him up every time) store at the mall, and Patrick had bought a truckload of them.

“Hrm, ‘arf mm,” Patrick offered, from the kitchen table, waving his current victim in a shower of crumbs.  The table itself was covered in wrapping paper, tape, and scissors. The wrapping paper was cut, torn, and shredded into tiny pieces, the tape was strewn from one part of the table to the other in big, tangled strips, and the scissors were wide open and in the dead center of the table.

The cookies sat in a big red box on top of all of that other stuff, in front of Patrick himself.  To Patrick’s immediate left, in danger of being knocked over with every wave of his cookie, sat three perfectly wrapped packages, tied together with gold ribbon, and topped with one big, purchased, glittering bow.

Whiskey stared at the mess in a daze and took a cookie from the red box.  “Has, uhm, your father seen this?” he asked.  Please God, no, please God, let me have time to clean this up…

Patrick nodded and swallowed. “Uh-huh.  That was when he went to order pizza, since Lori Ann is going shopping tonight.  He’s showering right now.”

Whiskey stepped forward and began to pick up big handfuls of wrapping paper. God, if he hadn’t seen Patrick in action before, he would never have guessed such a skinny man could create such a giant fat mess.  “So, you couldn’t resist Otis, huh?”

Patrick smiled before his next bite of cookie.  “Yeah, well, it’s right by J.C. Penny’s, that radio control booth, and Sunglass Hut – it was pretty hard to miss.”

Patrick kept gnawing on his cookie, apparently thrilled with a mission well accomplished, and Whiskey looked at the three packages—one the size of a sweater and jeans, one the size of a radio control toy, and the other the size of sunglasses—before he continued to sweep the remains of the gift-wrapping frenzy off the table.

“Oh fuck!” Patrick moaned.  He shoved the box of cookies away so he could thunk his head on the kitchen table. Repeatedly.

Whiskey sighed and squatted next to him, kissing him gently on the shoulder.

“I couldn’t ask for a better man in my life.”

“I love you more than sunglasses. You know that right?”

Patrick turned to him and blinked, his blue eyes shiny with embarrassment. “I hope so,” he said with a little sigh. “But just in case, you’d better not trust me with state secrets or anything.”

Patrick smiled a little, and Whisky had to kiss him. It was imperative.  That’s what they were doing when Patrick’s father walked into the kitchen. Whiskey barely heard him as he loaded up his plate with pizza and then walked out.

“When you two are done in there, bring the cookies to the living room! We’re watching Christmas specials because I said so!” he hollered.

“Santa Clause is Coming to Town,” Whiskey said, because they could hear the music through the doorway.

“Good. Let’s go eat cookies, I mean dinner there.  Here—I’ll clean up, you can put your stuff under the tree.”

Whiskey did as ordered, wishing he could open his present right now.  Man, those sunglasses would come in handy the next time he took Patrick out on the boat.

awww, yay! i love those guys

Love them! This is great!!!

Sweet and funny, thank you!

Oh how I've missed these two! Thank you :)

I loved it because I adore these two. Though to be honest, I was rather hoping for another long-winded Patrick diatribe about something that squicks him out, because that was honestly one of the funniest things I have ever read, and I selfishly wanted another one. =)

Thank you! That was sweet.

Great excerpt. I need to get their story.

Thank you for the short story!

Thank you so much! I love these two, and this is a great Christmas present. Thank you again! *happy dance3*