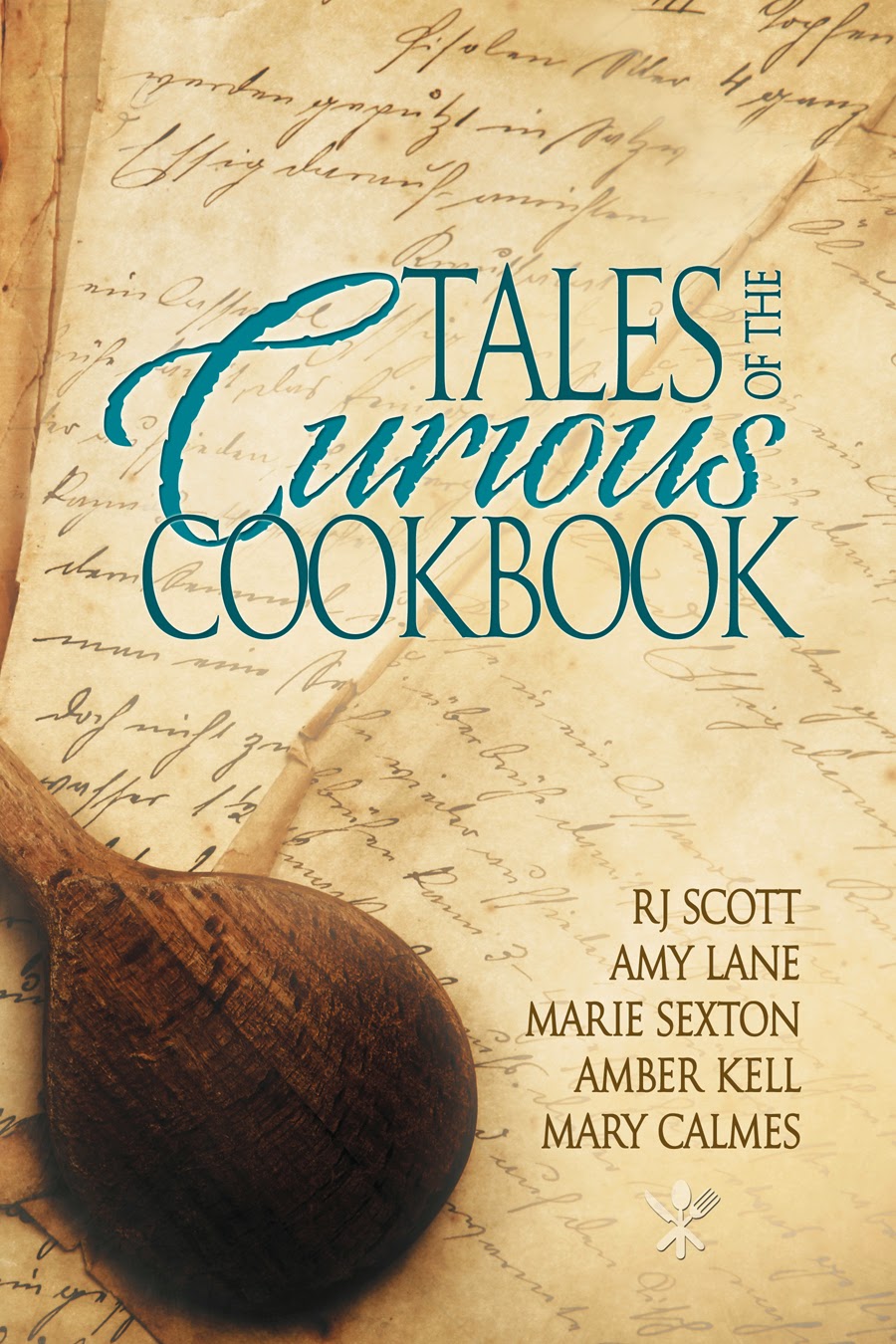 Okay-- first of all, Quickening is done-- huzzah!  It needs a last editing pass, some beefing up of the transitions, and then it's going to DSP Productions to lie in dormancy until I'm done editing Bound and Rampant. I. Am. So. HAPPY!

I woke up this morning feeling like a whole new me!!!!

And second of all, today marks the release of Mary Calmes Just Desserts, the final story in the Tales of the Curious Cookbook anthology.  Now, my offering was Food for Thought, and if someone looks at all of the covers, they may notice that one of these things is not like the other.

I don't have food on the cover. 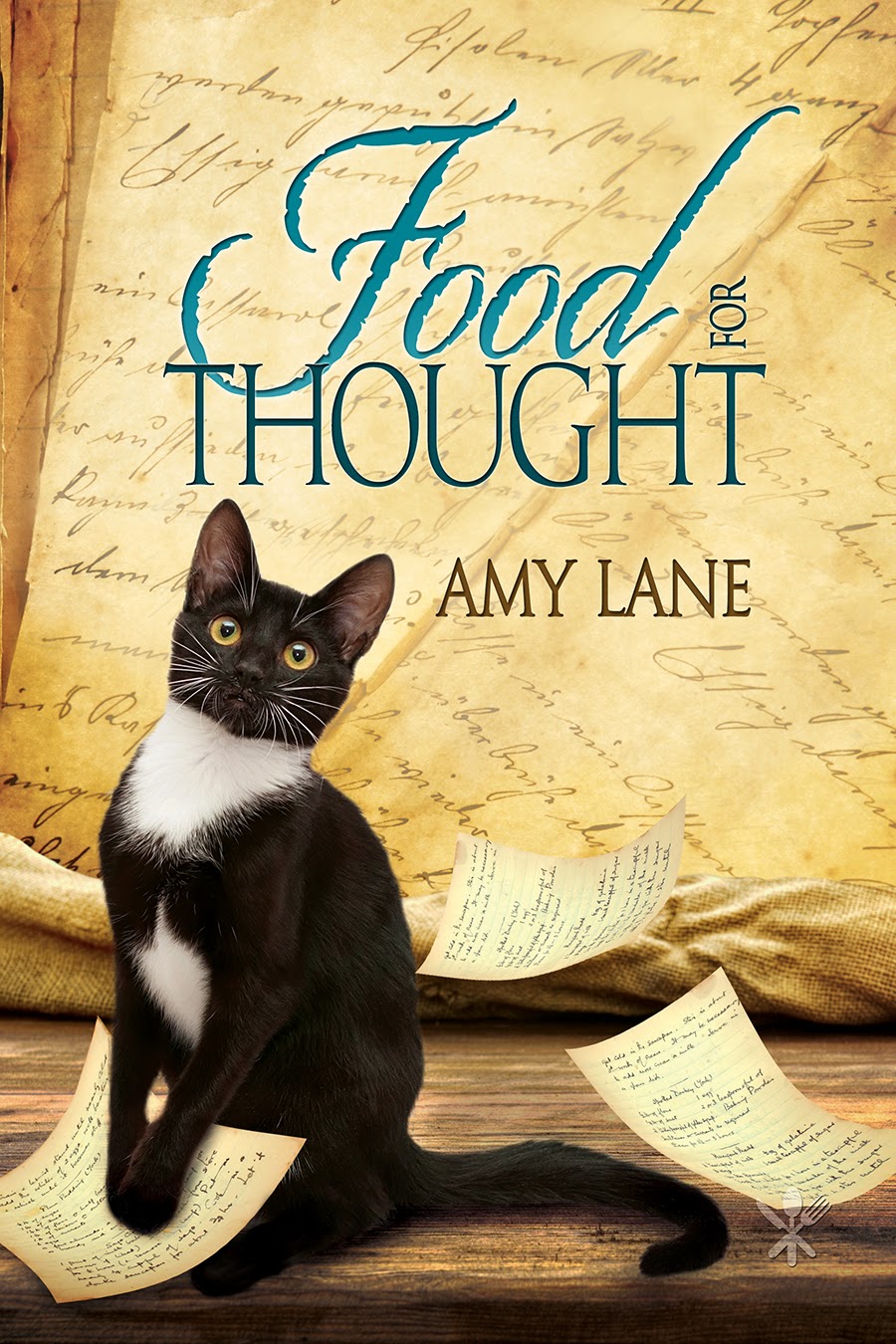 Mary asked why. (After singing, "One of these things is not like the other".  A lot.)

The thing is, the food that Emmett and Keegan make in this story is Beet Porridge.  Amber Kell (author of Cookies for Courting) didn't realize it, but there is such a thing as beet porridge--I've made it myself. It was yummy.  It also looks like it should have floating eyeballs and chickens feet and dead newts and the fingers of birth strangled babes/ditch delivered by a drab floating around.  (Ah, MacBeth--you oh-so-quotable piece of literature, you!)  Anyway-- beet porridge is not that appetizing to look at.

But it was very tasty.

So here, to celebrate the Google chat of the five authors of Tales of the Curious Cookbook, (which is available in print today!) and

in case I haven't posted it before (and I might have-- the blog tour felt like a lot of writing to me) is the recipe for beet porridge.

BEET PORRIDGE-- As seen in Food for Thought

Step one: Start a pot with about two inches of water in the bottom to boil with as many of the chipotle chile bullion cubes as you think you can stand.  Throw in the bag of frozen chicken and put a cover on it.

Step two: sauté the onions, carrots, and fennel stalks--you may also add shallots and mushrooms.  I used chicken bullion to sauté the veggies, because it adds flavor and no grease, but if you want to do it in butter, go for it!

Step three: while things are sautéing and getting set to boil, chop up the beets and throw them in the food processor, set to dice. What came out for me was a very fine meal.  I also threw in the fennel fronds, and the result was quite pungent. (Yummy pungent, not skunk weed pungent. Swear.)

Step four: After the frozen chicken is no longer frozen, and is, in fact, cooked, and after the carrots get soft, throw the sautéed veggies in with the chicken, and then throw the beet meal in with all that other stuff.  MIx well. Allow to cook on medium until the chicken falls completely apart.

Step five: Eat!  The results are quite purple--like I said, newts, eyeballs and chicken feet would NOT look out of place here.  But it was VERY tasty.

Now Food for Thought is Amy Lane Lite-- it's adorable, a little sad, but mostly sort of a sweet happy books.  For those of you who like the darker Amy-- in fact, like the dark purple angsty alternative universe Amy-- don't forget that Immortal will be out on May 8th-- so a little more than a week from now. The two stories are as different as chocolate mousse and beet porridge-- but like the food, I hope they're both very tasty :-)
Posted by Amy Lane at 10:04 AM