Nanowrimo and a Surprisingly Full Plate 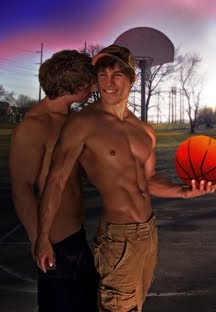 Okay-- the whole thing about nanowrimo sounds ludicrous, doesn't it? It's all about writing a novel in a month, and, really? Who does that?

Well, the goal they set you is 50,000 words, which his about the size of one of those Harlequin Temptation books-- the kind with the wonderfully lurid red covers and the super-slick storylines inside, and, yes--something that long, really CAN be pumped out in about a month.

Because I'm me, my novel was longer than that.

I think that the final number in the nanonwrimo calculation engine (which was, oddly enough, about 600 words behind the one on my MS Word program-- don't ask me to explain, but it did piss me off) was 79,600 roughly--but the final verdict (on December 2nd) was 84K. I'm oddly proud of that. Don't ask me why.

Maybe it was because the story was dragon ridden--and yet, I was mostly sane for this dragon ride, and I feel like the story was well crafted. Maybe it was because I sent it off to my beta readers on a chapter by chapter basis, and was met with a lot of satisfying, "No! You can't leave it there!" and "Auuuughhh! How could you do that to them!" and "Poor Xander! What's he going to do?" or "Poor Chris--he's so unexpectedly fragile!" sort of responses. (By the way, if you've never written a book chapter-by-chapter for beta readers, it's a little bit like eating one crack-laced cookie at a time. Man, you will climb mountains for that next feedback fix--writing another chapter ain't no big thing!)

Anyway, it's finished. It's more than finished. It's revised, proofread, and sent in to my editor, who scoffed lightly when I suggested that she would need tissues, but no vodka and probably no cookies either. (She seemed to be having cookie issues--I'm thinking she almost wanted it to be cookie worthy. Maybe next one.)

The weird thing was, I couldn't explain why that deadline seemed so important to me--just couldn't. No idea. These days, I got nothin' but time, yanno? (Last soccer tourney of the season this weekend... can you hear the people sing?)

But sure enough... on December 1st, as I was pushing hard for the end, there dropped on my plate the revisions for Talker's Redemption, and some publishing homework for Jack & Teague.

And I've got two Christmas freebies to write!

And yes... writing, and writing alone, can leave you with an unexpectedly full plate!

This morning, we are taking our reluctant first born to the SAT's. He's come up with six-thousand excuses why he shouldn't take them, but we finally convinced him that it's an American right of passage that must be experienced and endured in order for him to become a man. The fact is, he didn't come up with any of his really GOOD arguments until after he was already registered, and, dammit, if we're gonna pay the $35, he's gonna have to put out a little bit of blood, sweat, and #2 pencil lead!

We are also attending Chicken's soccer tournament in the rain--because we're hardcore stupid like that. It's okay--Squish has been bored silly this week--she can use a little bit of cold and wet. It'll liven up her day!

And Zoomboy's teacher's conference... uhm... can we say learning disability testing? Yeah. Yeah yeah yeah... I figured we could. Except, because Zoomboy's school age, we actually have to call doctors (with T, we called the education department when he was two, and THEY provided the doctors!) and now we're involved with Kaiser and their nefarious "Classes on how to fill out paperwork." Blargh. And Mate is NOT on board with the teacher's suggestion we do this. I tried to explain that Zoomboy was just a little bit... off, in his social skills, and it was hindering his learning processes, and the teacher wanted the gate opened to move him to an alternative classroom environment if the social thing got too painful.

And this is probably the God's honest truth, yanno? But our family has learned first hand that in today's school environment, being different--even a little bit different--can lead to crucifixion, evisceration, flogging, filleting, and excruciating pain. Whatever we can do to save my Zoomboy from all that? I am the fuck on board.
Posted by Amy Lane at 5:32 AM

Of course you can write 50,000 words in a month! You don't have time to fret and re-write and twizzle every thought and sentence and that's the whole point. You just write, write, write, and some of it is BOUND to be crap, but at the end of the month you have something that has the bones of a novel and you - have - done it!! I wish more people would give themselves permission to just write crap once in a while. You need to get it out of your system for one thing. And you need to learn how esy it is to throw away. AND, you need to unchain your muse and let her dance her own dances. And YOU, Amy, have no trouble at all with any of this. I'm preaching to the choir here.

Yeah, that weekly feedback thing is sooo addictive! You will shoehorn words onto the page with one hand while brushing the kid's hair with the other.

Hoorah for the end of soccer!

Our local mall has a free playspace, kind of like an indoor park without grss. Some moms I know take the kids down there just to get them out of the house and into contact with other kids.Is there a similar place in your area you could go with the squish? You could compose stories in your head, knit like a madwoman, and let her socialize to her heart's content. She will, of course, encounter a wide selection of kids and get exposed to every germ that's going around, but she will gain in strength and immunity thereby, and get early practice in ruling the world.

Congrats on finishing the novel!!

And we've already talked about Zoomboy...

Yay on the NaNo milestone:)

We don't have SATs here, but I understand they're kind of important over there, fingers crossed for T.

And yeah, being different is never good until your peers are old enough to see that different can be interesting or cool. Until then it's hell.

LOVE the pic for the new story. Getting something chapter by chapter is a bit like getting ONE crack-laced cookie at a time. You go crazy when its gone, you cant wait to get the next one lol
BTW WOW that is a lot of writing for just one month.

I'm not surprised your plate is full - your dragon usually sees to that without any kid stuff involved. Awesome accomplishment!

I'm with you on sparing Zoomboy the misery that comes with being different. Louiz makes a good point that someday different will be cool, but not today.

Any chance of a charter school for Zoomboy?