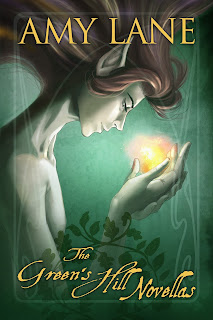 Okay-- whew! I've actually got so much to do, I've been burying myself in my new WIP to escape it. (How's that working for you, Amy? Well, now I've got both a backlog of work, AND WIP insomnia, AND a crushing deadline, thank you.  But my WIP is still not long enough, so there!)

So I'm sorry my blogging has been off.

I'm trying to put together publicity packets for Fish Out of Water now that I have a link, and of course there's Kermit Flail tomorrow, and did I mention the kids were in my office full time during summer and my sanity is stretched to it's limit?

So I need to escape into my writing.

And lucky me, I left Zeb confused and about to be fucked into the heartland and in need of a morning after.


ETA-- also, here's a list of the other installments, in case you're new to the series:

Zeb was used to his werewolf metabolism healing him faster, making him stronger. He was used to a night of acrobatic sex being nothing more than a pleasant memory and a hope for a further friendship.

What Colton did to him, between sunset and sunrise was not going to be healed with the bruises and aches that came with a sexual marathon.

Zeb woke slowly much the way he had after his first change--disoriented, destroyed, renewed. He peered into the gray sky, feeling the temperature plummet in the deserted fruit grove and huddled deeper into the sleeping bag, edging away from Colton's somnolent form.

Colton snaked out an arm and pulled Zeb up next to him.

"God, you're stubborn," he whispered.

"Preparing myself," Zeb said back, honestly. He was exhausted. New werewolves could literally fuck until their bodies burned muscle--he and Colton had only stopped having sex to eat. Four times. Zeb's skin was flaking with dried spend--thighs, ass, chest, chin, cheeks, hair. In spite of having eaten almost five pounds of ground beef, all he could taste was come.

There was no room in him for anything but honesty. Not to save his dignity, or his pride, or his heart.

"Why?" Colton asked, his embrace possessive. Zeb didn't know how he'd missed it--Colton's drive, his determination, his resistance to his friend's coercion. Colton was an alpha werewolf. Maybe not the alpha. Teague pretty much had that locked with his wiry, no bullshit military bearing, but Colton was a leader, a possessor--a man who could claim another man and not give a fuck about timetables.

"You need to get to Green's," Zeb muttered, feeling dead. "You'll get there and you'll have safety. You'll see."

Colton blew out a frustrated breath. "I don't accept that answer," he said, which wasn't surprising because he'd been rejecting it all night.

"Ask another question."  Could they get an hour's worth of sleep in before they had to be on the road? Maybe two? What was it, four? Five in the morning?

"Why a werewolf. You didn't tell me that."

Hadn't he? Zeb tried to remember. "They're warm blooded," he answered. He gave in to yearning and stroked his cheek along Colton's bicep, savoring the contact of skin to skin. "I loved Adrian, but he was cold..."  So cold. "I felt like that when I was high. I wanted to feel alive."

"Mm..."  Colton nuzzled the back of his neck, but not in a sexual way, really. Zeb accepted it, eyes closed. Now, maybe, sleep?  "Why'd you start getting high in the first place?"

"Same old bullshit," Zeb muttered. "Mommy and daddy didn't love little gay Zebulon, and their big happy family didn't miss one kid to put through school."  It was so embarrassing now. It was, in fact, how many of the men and women at Green's Hill ended up at Green's Hill. Because in some way, shape, or form, their own families or world had rejected them, and they set out to find a better one.

Or had the good fortune to get seduced by Adrian, and he brought them in and showed them how.

"I love gay Zebulon," Colton chuckled, nibbling at his neck. Zeb felt him, getting hard again against Zeb's backside. When Colton moved his outside hand to lift Zeb's thigh and give him access, it was just as easy to give it. His entrance was so slick and used after the night before that Colton's cock slid in with only a little pressure, and Zeb had no choice but to let the pleasure was over him, a passive beach assaulted by waves over which he had no control.

"I love gay Colton," Zeb answered, lost and honest in a way he might to have been if they hadn't been in the throes of sex and passion for the past eight hours.

"You do!" Colton crowed, thrusting a little faster. "You said it!"  Damned brat--his voice was only a little strained.

"Ahhh..." Zeb sighed, his first climax washing through him, his traitorous cock giving up a little bit of come.

Colton laughed throatily and bit his shoulder hard. He sprouted fangs, just enough to puncture, and the pain woke Zeb up, added another dimension to the hallucinogenic layering of sex and pleasure and exhaustion that left him helpless to Colton's overtures of love.

"Colton," he moaned, and Colton pumped his hips harder.

"I told you," he whispered, licking the punctures at Zeb's neck as they closed. He locked his fingers in  Zeb's hair and slammed hard, his body making a new form inside Zeb's, like it would fit there forever.

"You will always say my name," Colton told him.

Oh! Green, Adrian, Teague, Cory, just not like this, never like this, not like--"Oh Goddess!" he cried saying her name in the purity of a heart that could not bear to be broken.

With a groan, Colton spent inside him, and for a moment they could hear nothing under the dawning sun.

"You love me to, right, Zeb?"  Colton asked, sounding uncertain for the first time since they'd arrived in this place.

He closed his eyes, waiting for the shoe to drop, the spell to be over with, Colton to wake up and realize what they could not be.

It wouldn't change the fact that his heart had been remade in the past day--it would just make his nakedness complete.

They woke up a couple hours later, sweating in the sleeping bag. Colton crawled out and gave Zeb a hand into what was left of the irrigation ditch, and they washed each other off.  Zeb could hardly meet Colton's eyes as he stood and let the younger man rinse his body off like it was a sacred object.

Colton hunkered, down on his knees in the running water, and looked up at him beseechingly. "Admit it," he said huskily. "Admit it was real."

"It was real to me," Zeb said, stroking his hair back with utmost tenderness. "But we need to get going."

Colton stood and kissed him, hard. "We'll get back to your house, and it will stay real," he assured.

Zeb nodded, without words. He was done trying to explain--he would simply accept and deal. It was all he had, for the time being.

In that quiet of the morning, when the cars had barely started on the road, they both heard it.

"Was that?" Colton whispered.

And the return of another member of the pack.

They dressed in record time and then Colton grabbed the bag while Zeb grabbed what was left of the food. They heard the howl again just as they started across the grove.

"How far out?" Colton asked.

Zeb started running. "Close enough to hear our voices. Another fifty yards he'll be able to smell us."

"Faster!" Colton hissed, and together they sprinted with supernatural speed across the terrain. They threw their gear in the backseat and Zeb started the car and pulled out before either of them had even closed their doors. As he screeched onto the road, a cacophony of howling broke out and in his rearview he could see an entire pack, running to keep up with the car as he stepped on the gas.

They disappeared in the rearview, and Zeb slowed down a little and cracked his window, listening and smelling with his heightened senses. Shit.

"They're organized," he muttered. "There's wolves in front of us calling to the ones behind us. Look for a side road."  He pulled Colton's phone of the charger.  "We need to get on the freeway at this point. How close are we to Turlock?"

Zeb snorted.  "Well, I hope you got your jollies, kid, because it's gonna be a while before you get that much time in bed again."

And they weren't in bed, and Colton wasn't breaking him with tenderness and pleasure.

And Zeb was still washed clean of evasion and prevarication and  done with protecting himself from this terrifying young man who now thoroughly owned him.

"Good. Now you've got about a hundred yards before you can hang a left and break through the oleander onto the freeway. It's risky but--"

Cherry lights--far ahead, maybe a mile, and easy to see on this straightaway.

"Hold on to your ass Colton, we're gonna make a left!"