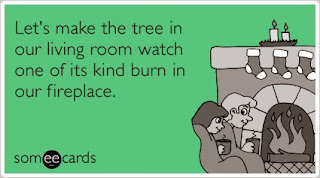 I know for the kids it's December 25th, but I've got to tell you, December 26th is my favorite day of the year.

Why? You may ask.

Well, for a number of reasons-- all of which, I have to admit, are both selfish and hedonistic.  I refuse to apologize for this.  December 26th is the slacker's favorite holiday for the following reasons: 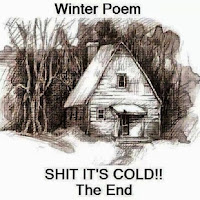 *  The house was cleaned on the 23rd and 24th, and although there was a riot in the living room on the 25th, most of the rubble is in the recycling bin, and housework can wait.

*  There is GOOD random shit on the television.

*  Someone (wonder who?) has been cooking for days and there is a fucktonna food in the refrigerator to feed my spawn and myself.

*  There are a lot of new books out to distract me from the fact that nobody else is working.

*  There is enough diet coke in my refrigerator to send me to the moon.

*  The cats--scandalized by the riot in the living room the day before-- largely ignore us, providing we feed them.

* Whether or not the laundry is done, we're mostly wearing sweat pants anyway, so it doesn't matter.  Hell, only a desire to not knock my own boobs with my knees in a few years forces me to even put on a bra.

*  My children are exhausted, and by happy happy coincidence they have just been handed a whole bunch of lovely diversions that allow them to immerse themselves in quiet activity for most of the day.

*  Because the family has been gone or busy for so long, the dog thinks having us all to himself is the best thing ever, and wants to snuggle and give us attention.

*  Absolutely nothing is expected of me or mine except that we process oxygen into CO2, and flush the toilet when needed.

*  Some idiot left cookies and chocolate around the house in staggering quantities.

*  Only the dedicated and the brave go to the gym on December 26th.  I am neither.

*  Whether or not I had all my knitting done in time for Christmas, my deadline has passed.  I can now knit for pleasure again-- as long as I knit the things that need to get done.

*  Most years, the last thing I published in recent memory was my Christmas letter, and nobody leaves 2* reviews on GoodReads for that.

*  In this instant, like Peter Boyle says in While You Were Sleeping, everything is perfect. 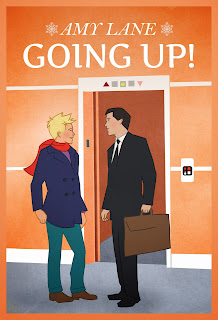 Don't forget Going Up! is out at Amazon, ARe, and Dreamspinner Press.

Jessie Potts at HEA BookBlog enjoyed it very much!

We totally had the pajama thing going and rotating of the new fun things the kids got in our house, until I realized that the cough and exhaustion coming from my husband reminded me a little too much of the pneumonia myself and 2 of our kids had within the last month so off to the walk-in we went, after I spent an hour shoveling snow. Bronchitis sucks and I now probably have enough meds in my house to supply a small army.

Glad you had a Merry Christmas, a relaxing day after Christmas and hope you have a great New Year!

Regarding the sweat pants issue, I insist on the Christmas Pajama tradition. We buy them, open them Christmas eve and live in them until forced to drive to the parents' for turkey on the 26th. The boys claim a clean change of underwear at some point in that stretch is optional, but then, they're boys. There's always a debate with them over what constitutes "clean" As always, I find myself in agreement of your assessment of the topic, Amy. Dec. 26 = good day.

Love your December 26th! ha Bought Going Up, of Course. As soon as I land in the Bay Area tomorrow and get settled at my Mother-in-Laws for the evening I will start it! I would read it on the plane out but the dramamine will have me snoozing. ;) Can't wait to be home in S.F. for New Years! Always love reading about the Sacramento area in your books - brings back childhood memories! Happy New Year! Looking forward to all you will bring in 2014!! Thanks again for a wonderful year. It wouldn't have been the same for me without you.

Sadly, this year we were traveling all day on the 26th, which required getting dressed. Sounds like you had a lovely day of perfect sloth :)