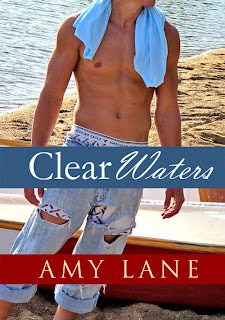 I've talked a little bit about my son's diagnosis w/ADHD, and my own realization that I'm lousy with it, and for the most part, it's all good.  Zoomboy's little brown pill has made his school life MUCH easier--after one month on it last year, his school test scores (and this is one more reason to abhor that whole process, honestly) went from DNF in his practice runs to almost advanced in the real thing.  We're pretty sure he's going to do scary good this year, all thanks to psychiatric science and a little bit of support.

And as for me?  I was just lucky that the things I was good at--the environment I could control--just happened to fall in line with what society thought was important too, at the time.  I could read and write and folks thought that made me a good kid and didn't realize that that irritating "flakiness" was anything other than me.  Being me.  I worked with it--it became my schtick.  Still is.  I'm fine.

But I've run into parents (and mentors) who have been really, completely disdainful about the whole thing.  "He doesn't need any frickin' drugs!  He's just not trying!  He's a screw up!"  And watching the transformation in my own son--the confidence he's gotten from knowing that he CAN do these things, and that the little brown pill really HELPS him do these things--I've got to wonder, how's that going to feel after fifteen, sixteen years?

Clear Water is not an angsty story--it's not.  I've been calling it "anti-angst", and I mean it.  After Locker Room, Living Promises, Alpha, and Talker's Graduation, I wanted something sustained and light, dammit, and tears were NOT an option.  I'd also just been subjected to a whole lot of involuntary research into something that looked like it could make a VERY interesting character.  And don't ask me where I saw the two-headed frogs.  *shakes head*

Now I'm sure some of the voices out there are going to rip poor Patrick apart, claiming that he's either "over the top" or "so immature that nobody would want him".  The fact is, Patrick really IS part of that research.  Patrick is adult ADHD--rare, but real.  Adults with this disorder either A. Find something they are TOTALLY brilliant at, and succeed in really oddball ways, or B. end up unemployed or in prison.  A lot of option B is a self-image thing.  They've been told they're screwups their entire lives--and they can't seem to keep focused or control their temper, so the world must be right.  So people can say what they want about Patrick--I know the truth, and I'm gonna beg them to leave my sweet little frog alone.  He's a lot more vulnerable than the world things he is, and a lot smarter too--and that's why he needed Whiskey to save him.  Every little frog needs a safe place to huddle when the world gets too busy, right?

So enjoy Clear Water, and my sweet little frog.  I loved writing this book.  I hope you enjoy reading it.
Posted by Amy Lane at 8:10 AM

First of all, I only noticed you had a new book out just now, and I thought we agreed I need advance information so I can wait, biting my nails, excited and anxious and deliciously, breathlessly ready for every word you commit to paper. This looks WONDERFUL, as do all your stories.

And, as someone with the attention span of a gnat and a little more er... intense focus at oddball times and over weird subjects, I can't wait to cheer Patrick on.

This isn't my usual kind of book - a friend sent me the link to this post on Goodreads - but I may have to try this one as I have a son about to start those little pills in the next week and a postive book about ADHD sounds brilliant. Not to mention a good love story with a happy ending.

I'm delighted to see the improvement you mention in your son; I'm so hoping we'll soon be seeing something similar.

Adults with adhd (like my husband and daughter) also learn to adapt and do just enough of one thing that people accept them. Pk is a self taught computer whiz and Elanor has yet to find her niche. Pk also has about a dozen half started wood crafting projects in progress. He starts off well but then his interest is sparked by the "ooh shiny" gene and he's off. They also tend to be very smart individuals and good problem solvers and creative thinkers (like you!). If the meds help zoomboy concentrate to learn what he has to learn, then so be it. It may not be forever. He'll find a place to channel all that creative energy just like you did.

I loved your sweet little frog, as I do practically everything you write...you've got a fannish email coming your way from me once grad school stops either distracting me or making me hide under the bed. ;op Your Patrick-frog did kinda break my heart, though, too...thank goodness for Whiskey and Fly Bait!