Someone told me that bullet points were the best invention of the eighties--I'll take their word for it, but I do have to admit they come in handy, especially when there is all sorts of random information someone has to share.  To wit: 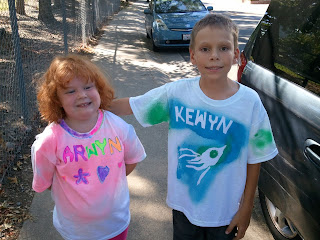 *  Squish has actually PLAYED soccer for her last few practices.  Mostly because we told her we wouldn't put her in soccer, and Dad CERTAINLY wouldn't coach if she didn't show some effort.  Okay, yeah, it sounds like blackmail, but, well, it worked!

*  Chicken got the spa treatment today-- hair, nails, make-up--all so she could have her Senior portraits taken.  Funny thing?  I told her to wear her black jacquard Chinese lounging jacket, and she did--and I put up her straightened, polished soft and shiny hair in chopsticks and she came into the photo room, and the guy went, "I have to admit, I've never seen this before.  What do I do with this?"  We were like, "Uhm, give her a book or a pad of paper and a pen!"  I think the picture will look lovely, and Chicken overcame her mortification at being pressed, polished, pureed, and generally prodded into the role of being a real girl, and was able to claim some benign rebellion over the entire process which, she is quick to say, was NEVER her idea in the first place.

Me?  I'm thinking of paying them to dye my hair next time.  Considering how bad I am at it?  Hell-- couldn't hurt!

*  We forgot Zoomboy's Little Brown Pill for two days running.  We have the feeling that once again, Mate and I just flunked homework.

*  Big T has survived another week getting under mom's feet.  I almost MADE him go up to Oregon to be trained at Roxie's husband's machine shop, but I don't want to sit on his hopes to be a screenwriter. 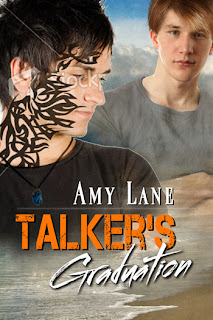 *  Me?  I've got a WICKED WIP going on--it's called Chasing Shadows, and I'm going to keep this one close to the vest, just like Alpha, because it threatens to razorblade my heart and let it fall out of my chest and thump-splud on the floor at your feet.

*   I've got two releases in October--one for the 5th Jack & Teague and one for the third Talker, called Talker's Graduation.

*Speaking of Talker's Graduation, my publisher told me that they were going to consolidate the three stories and release them in a paperbound volume (YAY!) 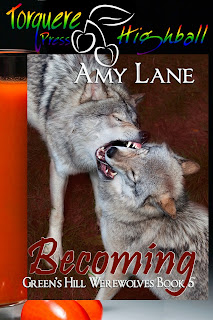 *  And back to me and kids?  I've volunteered to be the Art Docent for two of my children's classes.  This means I have to put together a presentation and a lesson plan and then cut out and prepare materials and basically?  It's a lot of work, and it's due next week, both the Kindergarten AND the third grade presentations.  I'm REALLY excited--I think I'll learn a WHOLE lot--and I'm also REALLY nervous, because little kids are SUCH  a different kettle of fish.  But I think it will be a good thing--even though it will steal some of my writing time that I really can't afford to let go.

Art docent? WAy cool! Give them some black and white tracings of Kandinsky and tell them to color outside the lines!

And hooray for all the writing. Back to the Coryverse!

Senior pictures already? It can't be that time of the year.

You'll be a great art docent! What fun for you and the kids.