Where It All Comes From 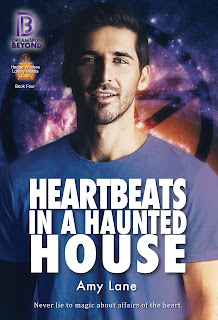 Over twenty years ago, when I was writing Vulnerable, I was writing the part where Cory was swimming in Lake Folsom. Now, I had grown up swimming in Folsom, and I loved it--but I wasn't so fond of the long weeds growing up from the bottom that would wrap their vines around my ankles. Freaked me out. I thought they were eels, although eels were probably not a thing in the lake. (FTR, this is something that has probably not been a thing over the last seven droughty years--the water has to be still and clear-ish for the weeds to grow up so long from the bottom, and there just hasn't been enough of it.)

Anyway--so I was writing that scene and I thought, "Hey, I should have a vampire grab her ankle! That would be freaky! It would freak me out, that's for sure!"  And I did! (It took me two more books to justify just what in the fuck that vampire would have been doing, lurking and rotting in the bottom of the lake to grab her, but by God, I did it!) Anyway, you'd think doing that would work out a few demons, right? I'd be able to swim across the lake just fine?

Swimming in a lake has become a supreme act of bravery. I mean, I'm a good swimmer--when I was at my height of water aerobics, I could tread water for twenty minutes with my hands above my head on an off day. But those long fronds, wrapping around my ankle, dragging me down to the trash and the dead fish and the gravel below... Yeah. Couldn't do it. Last time I was in the lake I was swimming out to the buoys when suddenly I had a full-body wriggle, an absolute freak out. I had to float on my back for five minutes just to keep swimming. Dude. Scary.

So suffice it to say, "working your problems out in fiction" is not as straightforward as people might think it is.

But on the other hand...

Ten years ago, I'd finally been called in to be deposed by the super pricey lawyer Natomas School District had hired to fire me. (The hypocrisy of that--gah! Still burns!)  Anyway, after an exhausting day of having my blogs read back to me, I asked my lawyer rather pissily (I was beyond tears by this point--it had been over a year) exactly what the fucking school district wanted from me.

"Well," he said, slowly, "I think they wanted your students to have never heard of Amy Lane, or know that you wrote for profit, or were successful at all."

"But I'm an English teacher--shouldn't they want to know that it can be done? That writing is important? That fiction means something?"

"Well, not this administration."

"But that would be like cutting myself in half and getting rid of the best parts."

... And that, ladies and gentlemen, is where Chase in Shadow came from.

Now, I didn't know that's where he was coming from at the time. I had no idea. I just knew he bloomed inside of me full grown and pretty much sprang from my head, like Zeus. I knew this kid. My situation was very different--and not NEARLY as painful or as dire as Chase's, let me be clear--but I had a small inkling of what it was to be expected to hold the best of yourself back because the world was too ignorant to know better.

But I didn't realize that until later.

It was like the Locker Room was, in essence, my goodbye to teaching. Or Solid Core of Alpha was what it was like to make the choice to write. Or Bitter Moon was my hope for a better world for my children. Or Immortal was me, making the choice to write slower, interact with my family more, be present in my children's lives, and allow the art to come.

I didn't know that's what those books were as I was writing them. I just wrote. And then they were done, and a year later, somebody said, "Where did that book come from? Where did Beneath the Stain come from?"

"Well, I grew up in a small town, back then, it had less than 3,000 people in it, and we marched the band through main street on homecoming..."

But like I said, you don't realize it until later.

I've been getting a lot of feedback (GOOD!) about the Hedge Witches Lonely Hearts Club books--and I'm so tickled. I didn't expect them to do particularly well--and they did. Something about them... something... well, it hit people right where they needed to be hit.

Maybe it was the isolation, and how everything in the neighborhood that they used to understand had gone to hell.

Maybe it was that they'd suppressed their deepest desires until magic ripped them from their mouths, because they couldn't hold them back anymore--and it all ended up okay.

Maybe it was how they were locked into a situation with people they loved, but it was still hard to hold on to what was true.

Maybe it was one character's quest for passion, or another character's inability to see past the labels he'd worn since childhood when he was doing his best to fix things, or the two characters locked in the same house or--

I didn't know it at the time--and I swore I'd never write one.

I would absolutely never, ever write a book about the pandemic, about lockdown, about the careful living we had to do in our own souls and how hard it was to let our real wants escape when there was nothing we could do about them. About how our real emotions were frightening and how we could end up locked in the same house with someone we loved without being able to speak to them, and how the world as we knew it was suddenly a place fraught with hidden dangers.

I'd never write a book about the pandemic--but it seems I've written three of them (the first one was written in 2019) and I set them in a safe place, of magic and wonder, where we know it's all going to be okay in the end.

And that's really what people want to see. The part where it's all going to be okay in the end.

And it's been a minute since I finished that last book, and I'm still boggling. I hadn't realized that's what I'd set these books up to be until today, when someone wrote to tell me they loved the books--and I thought, "I wonder what was in them that touched so many people."

And I almost didn't want to write this blog, because I didn't want to spoil that odd and wild magic that had made these books take one of the scariest things in our lives and make it fun and goofy and harmless. But I thought maybe I should write this blog, because people should see that it can be done. That sometimes writing, disappearing into your own head, is the only way to take the scary thing and make it doable. And sometimes, whether it's pandemic crafting (*raises hand guiltily*) or shotgunning stupid sitcoms (*hand still up*) or shotgunning audiobooks while walking around the neighborhood (*arm getting tired*) the things we do to the the scary thing and make it doable are MAGIC. And its Hedge Witch magic--the comforting kind we all possess.

And in the meantime I'll go write about Jackson and Ellery, winning impossible victories for the side of good, defeating evil with strength and determination, and I'll remember this is magic, and I'll perform it some more.