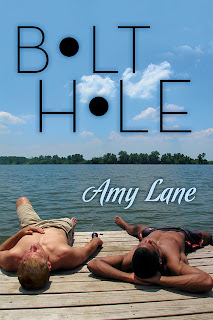 Right before she killed someone with a creepy, black-eyed snap of her fingers, she'd say "Bored now," in that sweet Allison Hannigan voice, and you know what?

I just took a look at the roster of my friends' blogs that I HAVE NOT read and realized I wanted to spend all day doing THAT.  (Roxie has a post titled "Lucifer Approved"-- how can you NOT want to read that?  And I love her travel logs and need to go back for those as well!)  I can not possibly be bored if I'm not finding time to do the things I really love-- so it's not really boredom.

It's not that I don't have stuff to do-- I mean it's nine in the morning and I haven't brushed my teeth and I suspect I've had to go to the bathroom for quite some time.  I have shit to do.  It's even stuff I want to do.  I mean, I really do love my job!

It's just that everything is pending right now.

I mean, let's face it, since I've gotten back from Florida, I've had some rough moments.  There's lawyer shit (yeah.  That lawyer shit.  Frickin' BLARGH.  That's all I'm legally allowed to say.  Just fuckin' BLARGH!) And there was family shit (and you can all imagine that-- again, ouch) and then there was the dog (fuckin' dog!) and... just EW!

I was actually in the middle of writing that little political satire on the zoo (and those of you who know what that was really about will TOTALLY understand what I'm about to say) when it occurred to me that February really MUST suck for EVERYONE.  I know that Roxie goes on cruises in February--I can totally see why.  When I was teaching, February was the month I saved all my sick leave for-- usually because all my kids (and sometimes the adults) GOT sick on February.  It's like our immunity to everything-- germs, influenza, sadness, boredom, stupid political kerfluffles, impulse buys on amazon and iTunes-- is completely down.  It's a boring, restless, I-wanna-be-somebody-new kind of month, and I am fucking thrilled it's almost over.

And to that end?

First, of course, you have The Bolt-Hole.  Now, I've already posted this one, but given the complete and total drabfuckedness of February, I'm thinking that needs to go front and center.  Bolt-Hole does deal with some serious stuff-- race in America is never easy, and I tried SO hard for this to be real, and, at the same time, not offensive and not... not horrible.  Terrell and Colby do, after all, fall in love.  There must be some common ground, and for me, love always means laughter, so my guys spend a lot of time playing around in the summer heat and  laughing.  One of the things I do when a book comes out is look anxiously at GoodReads and amazon.com-- not just for ratings, although I do have an interest in those, but for quotes.  I'm hoping something I said in that book intrigued someone enough to stick with them.  I can't spend too much time on this--sometimes it takes a while (Patrick's sex rant in Clear Water, for example, just showed up on GR.)  I'm thinking that if I did my job, I'm going to get some of those quotes for this book, because T and Colby are just too... too vocal to not get quoted.  (Colby's sister has two cats named Dewey Folds and Puddin'... think about that for a minute, and imagine the hilarity that can ensue.)  Anyway, that's about to hit the Coming Soon Page on Dreamspinner, and I'll have a date in March, and I can finally be relieved February is over! 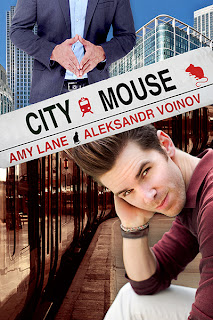 After The Bolt-Hole comes City Mouse.

Now, I just saw this novella on a list of the most anticipated reads for the year, and you know what that does, right?

If you guessed "Makes Amy want to hide until all the hype dies down!" YOU have guessed correctly, but apparently that's not going to be able to happen.  It seems people want to know what happens to Mal and Owen after the big romantic gesture in St. Pancras station, and, well, you'll get your wish.

It's not pretty.  There is some SERIOUS sex going on in this one-- the faint of heart need not apply.  But there is also the idea that relationships take work, and that when the honeymoon dust has cleared, a a successful couple is the one still standing.  Aleks and I are going to be blog touring this one ad infinitum (nine stops on the tour so far?  OI!  I'm exhausted and I haven't even started writing guest blog posts yet!) but I think people are going to find the writing process on this one interesting.  Just like Mal and Owen, we had to work to make this happen, and I hope people like the results. (Okay-- and don't QUOTE me on this... I have heard a rumor... a RUMOR mind you, that there may be a paperback release of the two novellas in one book... not that there'd be any interest in that... no, no, not at all... not in the least... I can't IMAGINE anyone would want to see that.  No.  Forget I said anything.  Not worth mentioning.  Sorry for wasting your time.) 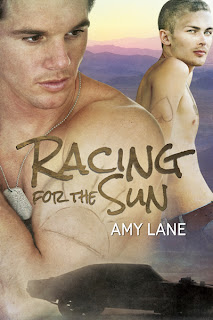 And finally (and this cover has yet to be unveiled on the blog-- a few of you have seen it on FB and Twitter, but this is the first real PUBLIC unveiling--

We have Racing for the Sun.

This story will be out just in time for Romantic Times convention, and...

Well, it was (like Bolt-Hole) dragon ridden.  Ace's voice was just in my head, clear as a bell.  I could see Sonny's face in my head.  This is the first contemporary I've written first person, and you'll know why when you hear Ace in your head too.  There were parts of this one that Mary Calmes insisted I not show ANYONE until the book was released, because, she said, they were too intense to see out of context.  I'll agree with that.  I'd finish chapters of this book and my hands would be shaking.  I loved these guys, but it wasn't an easy love, and sometimes, that's my favorite kind.

They can't be out soon enough!

I have no doubt that I'll love every second of them. The covers are incredibly yummy.

I can't wait! So done with February.
The covers are great.

You have had a lot going on this month. Fortunately it's almost over. What is the opposite of dog days of summer? Because that's what this month is. You and my other fav authors are killin me! I do have a life ya know. And you guys keep coming up with such great stories and sequels I'm really having a hard time doing what I need to do! You know I have to say, for as many times as I've bought books from Amazon I've never left a review. I finally just left my first review for a book I just read and will now leave a review for every book I read of yours. I guess it's something I can give back to you for what you do for us.

February is a sucky month. It's not cold enough to snow so we get 28 days of cold rain. It's not sunny more than an hour or two at a time and then every once in a while, that tantalizing smell of spring comes in the window. Keeping busy is the only way to do it.

Feb is mostly over. Mostly.

I never thought to actually share what quotes I liked from books on GoodReads. Now I feel guilty! I think you have at LEAST one per book.

So...the highlighted text from the top book (of yours) on my iPhone:

Thanks for sharing all the books you've got coming. Thankfully February is almost over!

Cannot wait to own them all.

Hoping to see you when you are in Kansas City :0)