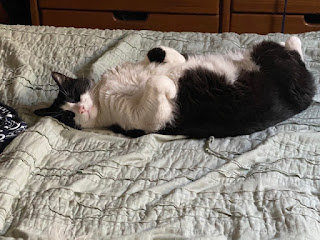 So, Mate and I have been watching our share of TV and we've developed a taste for British crime drama. Oh yes--Midsummer Murders, DCI Banks, Scott & Bailey, Bletchley Girls, Unforgotten-- our addiction runs deep, I can tell you.
And so, after season 3 of Unforgotten, as we're thinking of reopening Midsummer Murders again at Season 8, we have realized a couple of things, and I thought I'd share. 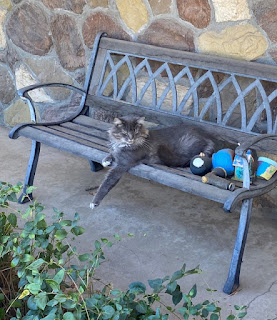 *  The Brits treasure a good administrator and proper procedure, and if you think that makes for aboring cop show, then you've never experience the bone deep satisfaction of seeing a polite, petite, middle-aged woman nail a suspect to the wall with no more then the exquisite strength of having done her fucking job and done it well. Hoo boy! *fans self*  Having seen American police procedure splashed up on social media these days, I'm telling you, it's pure competence porn.
*  America and Great Britain are two countries separated by the same language. And it's more than saying, "go for a kip" instead of "taking a nap" or, "I didn't come to the cops cause there's gear all over," instead of, "I'm a drug dealer for fuck's sake, no I'm not going to report a missing girl!" There is a delightful playfulness with language and understatement, and while most of us have been in love with it since reading Pride and Prejudice, having it flung at you at warp speed is so much fun. Also, thank God for subtitles, or I'd be completely lost. 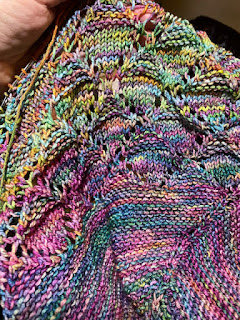 * Along with that good administrator stuff, the Brits are also (apparently) much better at taking care of their citizens in law enforcement. Of course, IRL I'd need to see some statistics, but there is such an expectation of, "If you don't go see a counselor after a trauma, they'd bloody well come to you and make sure you're okay or we didn't do our jobs!" A person's personal life does matter to the higher ups in these dramas. In American dramas, we're always surprised when the Lieutenant actually gives a shit. "Aw, that's what makes her such a good person! She cares in spite of pressure for results!"  In British crime dramas, not having her people go off the deep end is part of the DCI's job. And that's not just, "Pull your shit together or we'll take you off the case!" It's, "Here, let me sit and see where your life is falling apart and if we can fix it. You're not expendable, but if you need to leave we understand." And yes--again, television vs. real life, but television presents sort of an expectation, and in shows like Law & Order, there is no expectation of care. In British crime dramas there is--and that's a cultural difference, and it's important.
* There is also an expectation of respect towards suspects. The officers are pleasant and professional right up until they say, "At this point, we're going to CPS (the DA in American crime shows) with what we have to prosecute you. Do you have anything that will mitigate these charges?" People are asked to come in, people are interviewed with their lawyer, and they're never railroaded or threatened--they're simply caught in a lie and prosecuted. It's... it's actual detective work and not brutality. I'm sort of amazed.
* And while yes, they are respectful, Mate and I have also noticed that if a British DC or DCI ever comes up to you and says, "We just need five minutes of your time," you had better block out an entire day and call a lawyer.
* And this, I think is really important-- there is a  "syndicate" approach to the crimes. People sitting in the same room, being assigned tasks and being asked for their opinions appears to be standard operating procedure. There is a much more communal atmosphere in these shows--and yes, TELEVISION, I get that, but there is, again, the expectation that a syndicate is a functioning family and not a dysfunctional bunch of splinter groups who sometimes communicate. It might be the sets--but I also think the "American cowboy" approach to law enforcement is just not as romanticized as it is here.
* And finally, Mate and I have made the following observation--and this comes from watching a lot of the "Cold Case" shows-- Unforgotten being our most recent. We've discovered that our middle age isn't such a bad thing. Apparently, comfortable middle age is a lot more comfy when you haven't left the bodies of your enemies rotting somewhere in a shallow grave. 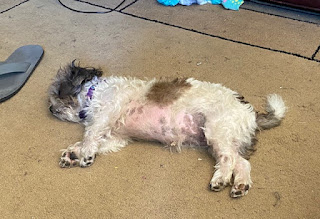 there you go--lessons from British crime shows. I'm sure (!) I'll have a lot of British residents popping up to tell me that television isn't real life, and that the police are probably beastly there too--but like I said: they expect their coppers to do better.
I wish we did too!
Posted by Amy Lane at 12:13 AM

I'm a HUGE fan of British police and procedural shows. Add these to your list: Shetland (if I'm not currently subscribed to BB, then I resubscribe just to watch this series), 15 Days, DSI Bancroft, Death in Paradise, In the Dark, Prime Suspect (Helen Mirren!!!), The Victim, Wallander, Silent Witness. ENJOY! LOL!

I second Death in Paradise and Wallander (the British version stuck pretty well to the original Swedish version - had actually watched that first (with subtitles)).