BLC is in March, and Chicken and I leave in two weeks to go play with readers in Nashville! ZoomBoy's play is in March, and we get to see that the weekend before we leave!  Shades of Henry is out at the END of March, and you guys--omg you GUYS--I have been DYING to show Henry off, because that cover... *kisses fingertips*  And I think you're going to love Henry. I mean... I think you're going to REALLY love Henry--and the fun part is, it doesn't matter if you've read any of the previous books he's appeared in, because Henry has his own story, and he tells it in his own way.

So yes--March has some REALLY AWESOME and FANTABULOUS things happening--and March also has some STUNNING books by some regular visitors to the Kermit Flail, and some amazing friends of yours truly.

Please welcome the oft touted E.J. Russell. E.J. is known for her award winning paranormal romance--I once called her the Mary Janice Davison of gay PNR. This book looks a little darker but no less fun-- early Hollywood noir, and just as juicy and just as stylish as your favorite movies. Silent Sin looks like a must read--and a happy introduction to summer!

Parker Williams Family Matters is a contemporary, with a little bit of Parker's trademark kink, and a lot of his warm found family goodness. Parker has a quirky sense of humor and a kind soul and his books give us those things in spades. A great addition to your gooey goodness library, which is something everybody needs.

And I had the good fortune to be with Ms. Kate McMurray when she got the cover art for Here Comes the Flood-- and I gotta tell you, my first reaction was WOOF! Damn--that cover is stunning, and Kate's instinct for what makes fantastic sports storytelling is obviously here en force! This looks muscular and graceful and hot and... *fans self* Where's a pool where you need one?

And, of course, at the end of the month, there's Henry. You guys, I hope you enjoy Henry-- he was a man of unexpected depth, and Lance? He's just the guy to see what the rest of the world might have missed.

So there you go--SO much to look forward to in March--by all means, enjoy! 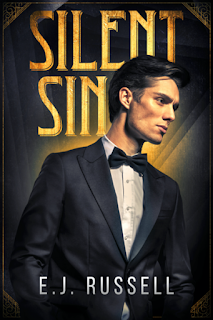 A novel of early Hollywood

When tailor Marvin Gottschalk abandoned New York City for the brash boomtown of silent-film-era Hollywood, he never imagined he’d end up on screen as Martin Brentwood, one of the fledgling film industry’s most popular actors. Five years later a cynical Martin despairs of finding anything genuine in a town where truth is defined by studio politics and publicity. Then he meets Robbie Goodman.

Robbie fled Idaho after a run-in with the law. A chance encounter leads him to the film studio where he lands a job as a chauffeur. But one look at Martin and he’s convinced he’s likely to run afoul of those same laws—laws that brand his desires indecent, deviant… sinful.

Martin and Robbie embark on a cautious relationship, cocooned in Hollywood’s clandestine gay fraternity, careful to hide from the studio boss, a rival actor, and reporters on the lookout for a juicy story. But when tragedy and scandal rock the town, igniting a morality-based witch hunt fueled by a remorseless press, the studio brass will sacrifice even the greatest careers to defend their endangered empire. Robbie and Martin stand no chance against the firestorm—unless they stand together.

(Note: Silent Sin is available for wide pre-order and will remain wide until March 10, when it will be enrolled in Kindle Unlimited.) 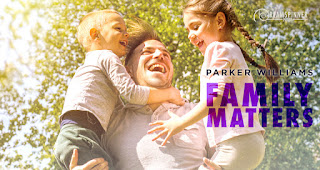 Patrick Lane escaped his alcoholic parents when he made it to college. But when they ditched his siblings under the pretense of returning in a few hours, Patrick made a solemn vow that he would raise Joey and Jenna as his own, ensuring they would never doubt they were loved. And it’s a promise he’s done his best to keep, no matter how hard it’s been.

Seth Clarke owns his own business, has a nice house, and parents and a brother who love him. But he isn’t satisfied and never has been. The men he’s been with complain he’s a perfectionist, and Seth knows it’s true. When he meets Patrick, he’s intrigued. Just when it seems something wonderful is getting off the ground between them, Seth meets Joey and Jenna, and he panics. He hates messes, and kids are the worst.

It takes two very strong women to open Seth’s eyes to the truths he’s been doing his best to forget. Now Seth has a choice. He can walk away from Patrick, leaving his heart behind, or he can step up and discover that family matters more than anything. 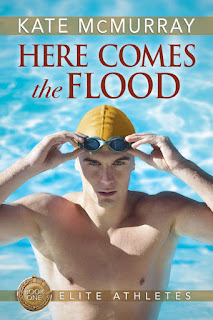 Two years ago, swimmer Isaac Flood hit rock bottom. His alcoholism caught up with him, landing him in jail with a DUI. After facing his demons in rehab, he’s ready to get back in the pool. He stuns everyone at the US Olympic Trials, and now he’s back at his fourth Olympics with something to prove.

Diver Tim Swan made headlines for snatching a surprise gold medal four years ago, and then making a viral coming-out video with his actor boyfriend, the subject of splashy tabloid headlines. Now his relationship is over and Tim just wants to focus on winning gold again, but reporters in Madrid threaten to overshadow Tim’s skill on the platform.

When Isaac and Tim meet, they recognize each other as kindred spirits—they are both dodging media pressure while devoting their lives to the sports they love. As they get to know each other—and try to one-up each other with their respective medal counts—they realize they’re becoming more than friends. But will the relationship burn bright for just sixteen days, or can it last past the Closing Ceremony? 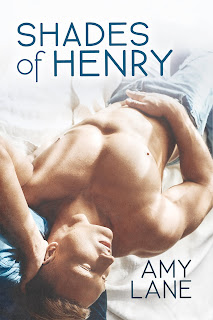 Lance worries Henry won’t fit in, but Henry’s got a soft spot for lost young men and a way of helping them. Just as Lance and Henry find a rhythm as den mothers, a murder and the ghosts of Henry’s abusive past intrude. Lance knows Henry’s not capable of murder, but is he capable of caring for Lance’s heart?