A good friend of mine posted on Twitter that "If you're not with us, you're against us!" is the siren call of fascism. I was interested--in case you haven't guessed by all the Crucible posts, I've been witnessing a situation in which the LAI (Loudest Assholes on the Internet) have gained control of an organization I used to love. Watching their rise, the way they've twisted what I know to be true, and their current regime--and it is a regime, make no mistake--has chilled my blood and broken my heart. 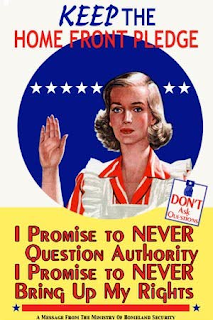 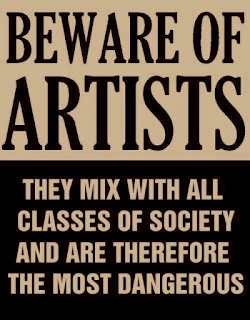 If you haven't read the full text of The Crucible--do so.

If you haven't read up on McCarthyism--do so.

If you're a movie person, The Crucible is out in two passable (but not excellent) films, but there's also Good Night and Good Luck, and Trumbo, both of which I've seen and if you haven't, you need to.

The insidious thing about McCarthyism and witch hunts is that the loudest people want the power--"If you're not with us, you're against us!" as a rallying cry gets people with them damned quick. But they pick a cause that everybody is sort of onboard with. For this example, we'll use witches, because witches--at least the way they were represented in Puritan society--were bad! Not misunderstood romantic heroines but terrible creatures with multiple nipples who liked to eat dead babies. When the loudest, most shameless people in your community scream, "KILL THE WITCHES!" you're like, "Oh, okay--my bad. I didn't know they were a problem, but definitely--they're evil, I'm on board!" 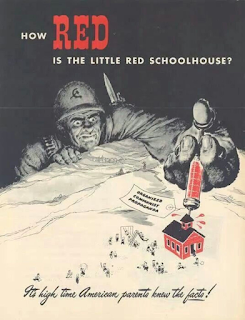 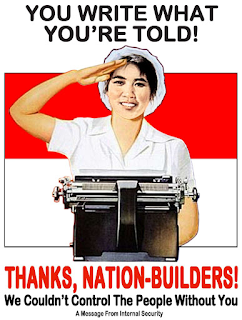 You don't realize you're being manipulated. You think you're being a standup citizen. You have good intentions. And then, by the time you realize that the people screaming don't give a FUCK about witches--they're calling out witches so they can have someone's property, or get out of being caught for something bad they've done, or get revenge because those so called "witches" are living their best life--you are LOST. Because by then, EVERYBODY is screaming "WITCH! WITCH!" And the loudest manipulators--they're afraid of getting caught. One word, one whisper, one sideways look, from you indicating you know what's up--they went dancing naked in the woods and they don't want to get whipped, or they want their neighbor's property or their neighbor's husband or their neighbor's sheep--and they're going to call you out, and you are fucked. Not just because there's a trial, but because you lose everything. One wrong scream and there goes your reputation, your family, your property--and that's if you're found innocent.

And nobody is found innocent in a witch hunt.

I've talked about dichotomous thinking--and this is it. I've posted some posters here featuring propaganda from the Red Scare--and one satirizing the Red Scare in the wake of 9/11--and make no mistake. These posters, these misrepresentations of the truth, this is where that kind of thinking leads.

So, what do you do with all of this?

Remember--if anyone says to you, "If you're not with us, you're against us!" they are not your friend--they are your bully.

If "You're not with us, you're against us!" escalates, sometimes standing up to the bullies will only get you beaten. Lay low, get the fuck out of Salem, and if you've got an emotional attachment to the place, maybe come back eventually and try to pick up the pieces. The bullies certainly won't.

If someone asks "Where do your sympathies lie? Are you friends with so and so, a known witch? Are you still? Could you tell us how witchy they got? All the details. If you're not truthful, we'll know YOU are a witch too," this person is not your friend, and this organization is not something you want to belong to. Again, now is the time to leave Salem--it's not a friendly sort of place.

If someone says, "Well, we're not fascists, but we want to eradicate all witchcraft and all witchy thoughts from the world," well, A. That's the definition of fascism, and B. It's impossible. Telling people they will be beaten for sympathizing with witches will only breed fear. Fear breeds hypocrisy. Hypocrisy breeds revenge. Seriously--get the FUCK out of Salem, because the torches and pitchforks are coming for you next. Also, I understand there's beer in the next town, and Salem has never been fond of beer.

Remember-- and it can't be said enough,

If you find yourself waving a torch and a pitchfork and doing something heinous to someone who was once your friend, good luck forgiving yourself in the next five years-- you have officially sold your soul.

And that's it. That's my rant on fascism, McCarthyism, and witch hunts in general.

In completely unrelated news, I've resigned from the RWA.

Make of that what you will.

You are brilliant, my friend.

I always listen hardest to the quiet ones.....and the ones who only speak as the dust settles.

I too just got out of Salem.

I too just got out of Salem.

signed,
a witch
(for many definitions but especially this one)