One dance at a time 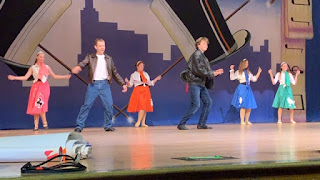 So, most of you know about my kids' yearly dance recital. This year, it was a little different--usually it's in June, but this year, the facility was having problems and the recital got put back to the last week of August, and oi! The last two weeks have been rough. Squish has started fall soccer, both of them are in school, and there's been no such thing as a break around here until today.

But yesterday, we got to see our babies shine--and you guys. They were so good. Chicken was back stage, and every now and then we'd get a glimpse of her holding the curtain up and gesturing imperiously for the tiny kids to leave the stage--but mostly her job was invisible and only seen by how well the rest of it was run. And it was run well.
And I know ZoomBoy has his fan club--both the parents of the other kids who've seen him grow and online, but  Squish--well, she's improved so much this year. She went from the kid who was a little uncertain and who watched all the other kids on stage to this totally confident young woman who walked onto the stage with her arms absolutely in correct position and owned what she was doing next. 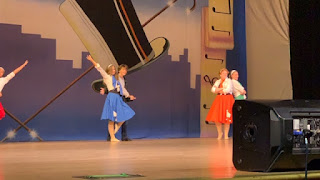 We were so impressed.

And because Mate had soccer this year--his team had a seeding tournament in the morning--we both ended up not having to volunteer.

Oh my God--it was our first chance to really watch the kids perform--from the front, in dress, with smiles on their faces--probably since they were six and four years old. 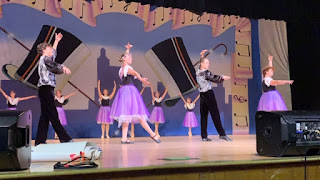 I really loved getting to be the mother who saw that.

But a couple of funny moments happened--still--

*  Squish was supposed to have attended a seeding tournament as well, but we told her coach she couldn't make it, because getting up and playing two of the four games and then going to the recital AFTER being at rehearsal to almost eleven at night seemed just a little bit of overkill. The morning of the recital she woke up around ten and said "Mom, what time would you have gotten me up if I was going to play soccer?" 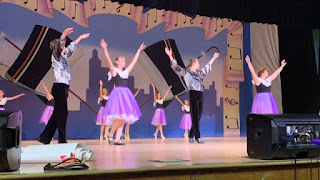 "Around six-thirty," I told her.

"And I would have rolled over in bed and LAUGHED."

"As you should have."

The other thing that happened was that an hour before I'd planned to leave the house to drop the kids off to get ready, Squish turned into a girl.

Now, there's nothing wrong with being a girl--I'm a girl sometimes myself. I try on three different kinds of lipstick and fiddlefuck around with my hair and screw up my mascara and generally work with a skill I rarely practice in order to make myself look more attractive. 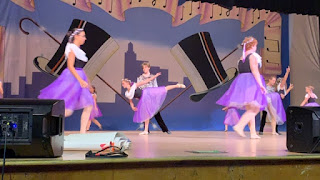 But Squish decided to do this right when she should have been showering and putting on her first costume and generally being ready to go.

I have never had this problem with Squish before. Time management has always been her THING. When I was dropping her off at school, by the time I stumbled out of the bedroom and put my shoes on, she'd be composed, having eaten breakfast, brushed her hair, and gathered her homework. That's Squish. 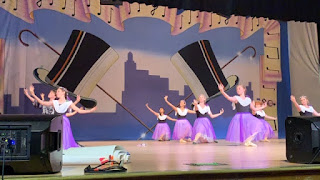 But now, apparently there's the girl thing, and omigod were we late. And the thing was, I had to stop at the grocery store, because the parents provide intermission. (Or, some of the parents provide intermission and OTHER parents leave their shit all over the floor of the auditorium for the rest of us to pick up. Yes, Mate and I spent an hour cleaning the theater at the end, because no, we couldn't just manage to not volunteer at ALL, could we?)  But Squish and I were standing in line with a shitton of cookies and the PERFECT lipstick, and we got caught behind the lady with three-hundred dollars worth of groceries and coupons. 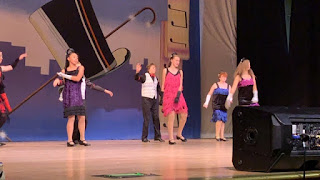 And the a/c of the minivan had conked out and ZoomBoy was LOSING HIS SHIT because we were late and Mate called me and got an insane woman screaming "Get the fuck out of the car you idiots, and take your cookies with you!"

It's a good thing that man loves me. 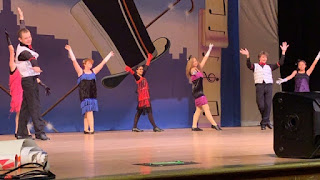 Anyway, the kids were fine, they were a little late but had plenty of time to change, and all was forgiven when they were done.

I was so proud of them.

And I should add something.

For those of you who loved Behind the Curtain, you're probably aware that my kids' dance teacher is where I got the idea for Jared's classes for the disabled students. She told a story on stage this year about how she once got an award for offering classes to students with everything from autism to Down's Syndrome, and she was a little crushed to realize that she didn't get that award because she was the best teacher of the disabled in the area, but because she was the only one. 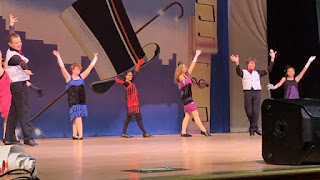 I think that needs to change. I mean, I don't dance, I never will, but gees, dance therapy for cognitively disabled kids can do such amazing things.

Our dance teacher is in her sixties now, and still tough--but she's been through two bouts of cancer now, and we're watching her former students become the teachers that hold her place together, and I keep thinking, "This is not my gig, but I so want to see someone rise up and do this."

She sure could use a break.

I just really want her to hold out until my k ids graduate. ZoomBoy has wanted to dance his senior dance on her stage for the longest time, and the year after next is it.

Once dance at a time.