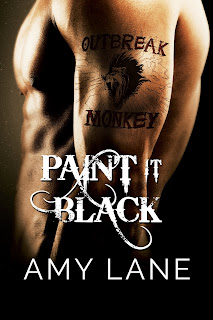 The seeds to this book were in the original--but they were buried deep.

For those of you who read the extras from Beneath the Stain (THEY CAN BE FOUND HERE) you may have seen the signs.

The day Mackey's mother got the letter that Mackey wrote in rehab, she was with a potential suitor--whom she kicked out of the house the minute he said something shitty about Mackey's situation. Her son, Cheever, was friends with his son--and Cheever followed up that moment by acting like a real punk.

Why would he do that?

Blake confessed to Mackey that he'd worked as a prostitute in the early days when he didn't always have food money--what kind of scars would that leave? Then, in his POV section in the extra content, we see that he's got a low-level case of the unrequiteds for Kell, his best friend--but that he loves Kell enough to be happy for him when Kell hooks up with Briony, who is the love of his life.

Blake's got hidden depths--when does he get his happy ending?

When I was asked to write a sequel to Beneath the Stain, my first instinct was to say no--Mackey and Trav were an epic love story. How do you follow that up?

But underneath that, I knew that somewhere in the back of my mind, Blake and Cheever had something really profound in common.

They were both the forgotten ones, the ones laboring in Mackey's shadow, trying to find the light. Now that Mackey is secure enough to try to spread that sunshine around, is their enough love in the world to fix these two broken souls?

Long answer--you're going to have to read it to see!

But as I was writing this, I would send it to my beta reader and ask what had bothered me about writing a sequel to BtS all along-- Is it worthy?

Of course, that could be because she loves me. A lot.

But the point is, I worried. I labored. I really wanted to make this one worthy of its predecessor.

I do hope I succeeded.

A Beneath the Stain Novel
Everybody thinks Mackey Sanders’s Outbreak Monkey is the last coming of Rock ’n’ Roll Jesus, but Cheever Sanders can’t wait to make a name for himself where nobody expects him to fill his famous brothers’ shoes. He’s tired of living in their shadow.
Blake Manning has been one of Outbreak Monkey’s lead guitarists for ten years. He got this gig on luck and love, not talent. So hearing that Cheever is blowing through Outbreak Monkey’s hard-earned money in an epic stretch of partying pisses him off.
Blake shows up at Cheever’s nonstop orgy to enforce some rules, but instead of a jaded punk, he finds a lost boy as talented at painting as Mackey is at song-making, and terrified to let anybody see the real him. Childhood abuse and a suicide attempt left Cheever on the edge of survival—a place Blake knows all too well.
Both men have to make peace with being second banana in the public eye. Can they find the magic of coming absolute first with each other?