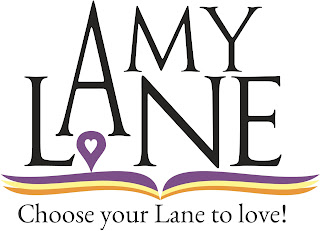 So, it's going to show up on the website eventually, but I thought I'd start talking about it here.

I've been making a bit of a thing about my new logo (still pretty! Still love it!) and I've been dropping little hints here and there while describing books. If you look at the sidebar of the blog, I've got my most recent "sunshine yellow happy" and my most recent "angsty orange".

And my "Dark twisty purple AU."

And the thing is, we (Damon and Poppy!) were talking about my logo, and how the dragon was pretty and all, but "What does it mean?"  My response, "That I'm ADORABLE!" was greeted with scowls.  Apparently "adorable" does not necessarily let people know they want to read your book.  But what to do?  I've seen it on FB, on GoodReads, on Amazon-- people already know that there are different flavors of Amy-- how do I advertise that?  I mean, I know when something is going to be angsty orange or AU purple.  Hell, I know pretty much when I'm planning the book.  Sometimes I write light and quirky contemporary and that's my yellow, and sometimes I write dark and painful contemporary and that's my orange, and sometimes, when I'm taking a left turn into my first love, I'm addressing truly painful things about humanity in the way that only sci-fi or fantasy can do.

And then I'm purple.

So we're currently working on a website update.  In this case "we" is Mate, who greeted my news that I was going to hire a web designer with scowls and an air of hurt dignity. He's learning to code WordPress for me. I couldn't ask for a better Mate.  The update is going to gather my books into different categories and explain them, but I thought I'd say a few words now, while the rush of re-working the thingies on the side is still with me.  (Seriously-- I accidentally made gadgets go about two years ago and have been fumbling with blogger ever since to make it happen again.)

So now you know-- if I say something is "code purple" that means it's Alternative Universe (AU) and this tells you a bunch of things.

For one thing, it should tell you to expect sci-fi, fantasy, urban fantasy, or steampunk. Flat-out, this is not contemporary romance, in any way shape or form.  And for me, not grounding myself in reality means that things might get just a tad more…

I've always understood Alternative Universe work to tackle human problems that were too painful to deal with in contemporary genres.  Teaching students everything from Robert Heinlein to Nathaniel Hawthorne means you get a chance to see that authors have gotten uncomfortably real with fantasy.  It's like satire, in which you address social criticism and human foibles with humor-- the humor and the world building put up a barrier of sorts, and people are less likely to see themselves and be hurt. And if they're not getting hurt, they might be more likely to see what's wrong with the world and change it.

At least that's my theory--that's what I've seen the writers of the ages doing, and that's where I laid my foundation.

So that's what you're getting when you open a purple title.

When I say something is "purple", it's more than just a stripe on my logo-- it's the way I think of speculative fiction.

And it might be a tad bit dark-- but it can also be a twisty purple surprise.

For those of you who think that might just be their favorite "Lane to love", I hope you enjoy.

Makes perfect sense to me.

I think you are so clever. And having a Mate who is willing to learn a new coding process is priceless!