There is not enough trivia in the world... 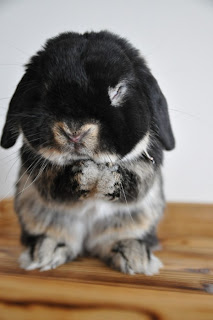 *tackle hugs Donna Lee*  She offered me a shawl-- which is absolutely amazing!  Alas, darling, I'm harsh on clothing--I wouldn't want to abuse anything of yours!

There's really nothing to report here.  The kids have been upset because they're *gasp*  BORED, but I keep telling them, if they were REALLY bored, they'd CLEAN SOMETHING!

And I feel bad-- I do.  But as lovely as the vacation to Hawaii was, well, there's always pipers to pay afterwards.  Besides.  We're going to the fair tomorrow-- isn't that a good thing?

This article came out and I'm both excited because I got mention, and depressed because it's been saying things that I've been saying for years.  But that's okay, because people I know or have talked to (Josh Lanyon, Damon Suede, Kate MacMurray, Heidi Cullinan) all got to step up and give their two cents, and that's WONDERFUL!

Steve is feeling sickly-- she's going to the vets today if we can find her.  *shhh*  Don't tell her this.  It will freak her out.

You have two more days to enter the contest for The Three Fates.  This is still coming out Friday, and I'm still very very excited!

I've mentioned the characters Dex and Kane before-- they had the BEST conversations, and the two guys have set up a sort of running dialog in my head.  It's funny-- even when the conversation is between Mate and I, suddenly, I hear Dex and Kane speaking.  Of course, Dex and Kane veer off into unexpected directions, but, well, that's where we get the idea.

In this conversation, Dex and Kane are sitting on the couch, playing Words With Friends.

Kane:  You damned people and your made up words.

Dex:  Uhm, it's you know.  The thing that comes before the churro.  You like churros.

Kane:  I will hurt you.  I will stab you in the eyeball with a fork.

Dex: (simultaneously laughing and looking up something on his phone) It's the high pitched whine made by insects or bats.

Kane:  You suck.  You suck and this game sucks and--

Hee hee... okay, I have to admit, that when I'm writing my own Dex/Kane fic, I very often veer off into NSFW territory.  If anyone's interested, I'll post their adventures on Goodreads after they debut... these guys?  They're VERY VERY sexy.  Unfortunately, most of my "Adventures of Dex and Kane" stories are spoilerish for the actual story-- I've sort of been waiting for that to come out before I start spreading the spoilers.

And I'm in edits for Mourning Heaven.  I'm VERY VERY interested in what this cover is going to look like.  Sidecar was gorgeous!

And that's all folks-- writing away here... I miss Hawaii, but it sure is nice to be home!

You are such a MOM! I'm 37 years old, and I still don't dare to admit I'm bored in front of mine. It's dangerous.

There's difference between,"I'm bored." and "I expect to be entertained." If they don't want to clean something, they can always put on a show or hold a parade.

You need a shawl? I got shawls all over the place. What color do you want? You can use it to wipe up dogspit - just don't tell me. LIE to me baby!

Hope Steve feels better soon. Sick cats are no fun - kind of like people, only with claws.

We call that "creative wordcrafting" in our games. My husband is especially good at it. One of his favorites? Kef. "It is too a word, the game said so."

And if I was worried about the shawl, I would not have offered. It's only yarn.