GREETINGS FROM A HOTEL NEAR DISNEYLAND!

Or, well, a timeshare resort maybe, but seriously-- we are Disneyland bound tomorrow. Today, Mate, Berry Jello and I spent valuable time at Target, buying food for NON Disneyland times, and, of course, I'm doing little work for making up for the times when we get back at midnight and fall face first into the mattress.

Anyway--It's November, and we're at Disneyland and there are a thousand things going on that I will not bore you with--mostly because they would take whole other blog posts. But we are all chilling out, recovering from the long ride yesterday and keying up for all the excitement tomorrow.

And there are some fanTASTic books to offer you this month--and they run the gamut, too! Sci-fi, suspense, and contemporary--here are some very cool picks to read as you prepare for the holiday season.

J. Scott Coatsworth, my fellow Sacramentan, has the third book in his award winning sci-fi trilogy coming out, and it looks fantastic! Lissa Kasey offers us a spooky suspense novel and Jay Hogan gives us a sizzling opposites attract contemporary!  And the third book in the Winter Ball trilogy is out December 3rd, so I hope everybody is ready for Fall Through Spring! 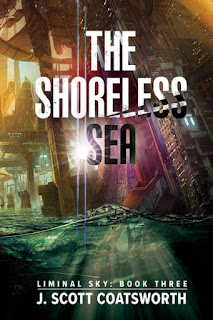 As the epic trilogy hurtles toward its conclusion, the fight for the future isn’t over yet. It could lead to a new beginning, or it might spell the end for the last vestiges of humankind.

The generation ship Forever has left Earth behind, but a piece of the old civilization lives on in the Inthworld—a virtual realm that retains memories of Earth's technological wonders and vices. A being named Lilith leads the uprising, and if she succeeds in setting its inhabitants free, they could destroy Forever.

But during the generation ship's decades-long voyage, humanity has evolved. Liminals with the ability to connect with the world mind and the Inthworld provide a glimmer of hope. They'll have to face not only Lilith’s minions, but also the mistrust of their own kind and persecution from a new government as homotypicals continue to fear what they can't understand.

The invasion must be stopped, the Inthworld must be healed, and the people of Forever must let go of their past and embrace what they’re meant to become. 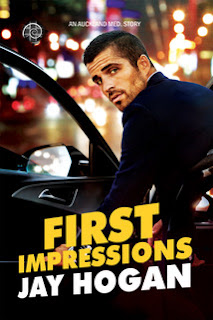 Michael:
Two years ago, I made a mistake, a big one. Then I added a couple more just for good measure. I screwed up my life, but I survived. Now I have the opportunity for a fresh start. Two years in NZ. Away from the LA gossip, a chance to breathe, to rebuild my life. But I’m taking a new set of rules with me.
I don’t do relationships.
I don’t do commitment.
I don’t do white picket fences.
And I especially don’t do arrogant, holier-than-thou, smoking hot K9 officers who walk into my ER and rock my world.
Josh:
One thing for certain, Dr. Michael Oliver is an arrogant, untrustworthy player, and I barely survived the last one of those. He might be gorgeous, but my daughter takes number one priority. I won’t risk her being hurt, again. I’m a solo dad, a K9 cop and a son to pain-in-the-ass parents.
I don’t have time for games.
I don’t have time for taking chances.
I don’t have time for more complications in my life.
And I sure as hell don’t have time for the infuriating Dr. Michael Oliver, however damn sexy he is. 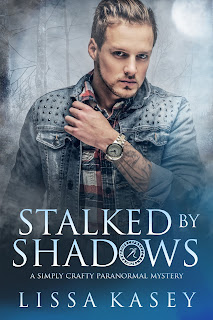 A missing girl, ritual murders, and a shadow stalking every footstep.

Alexis Caine survived an attack in the deserts of Afghanistan. An attack the government denied and discharged him for, leaving him broken and in a mental institution. What Alex saw that day in the desert continues to haunt him.

When a new job working as a bodyguard for a New Orleans ghost tour guide, Micah Richards, opens Alex’s eyes to a world of paranormal possibilities, he’s not sure he can believe his eyes. What if he’s not crazy after all? When a ritual murder in which two fellow tour guides die and a tourist vanishes, Alex wonders if he brought a curse down upon them all.

A shadow from the desert rears its nightmarish head offering Alex something he wants more than anything, but at what cost? 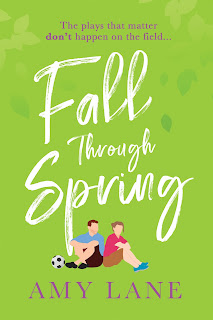 A Winter Ball Novel
As far as Clay Carpenter is concerned, his abusive relationship with food is the best thing he’s got going. When a good friend starts kicking his ass into gear, Clay is forced to reexamine everything he learned about food and love—and that’s right when he meets troubled graduate student, Dane Hayes.
Dane Hayes doesn’t do the whole monogamy thing, but the minute he meets Clay Carpenter, he’s doing the friend thing in spades. The snarky, scruffy bastard not only gets Dane's wacky sense of humor, he also accepts the things Dane can’t control—like the bipolar disorder Dane has been trying to manage for the past six years.
Dane is hoping for more than friendship, and Clay is looking at him with longing that isn't platonic. They’re both positive they’re bad at relationships, but with the help of forbidden desserts and new medication regimens, they prove outstanding at being with each other. But can they turn their friendship into the love neither of them has dared to hope for?