Regret Me Not in Paperback 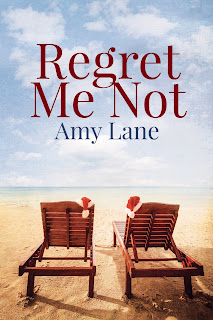 Pierce Atwater used to think he was a knight in shining armor, but then his life fell to crap. Now he has no job, no wife, no life―and is so full of self-pity he can’t even be decent to the one family member he’s still speaking to. He heads for Florida, where he’s got a month to pull his head out of his ass before he ruins his little sister’s Christmas.  Harold Justice Lombard the Fifth is at his own crossroads―he can keep being Hal, massage therapist in training, flamboyant and irrepressible to the bones, or he can let his parents rule his life. Hal takes one look at Pierce and decides they’re fellow unicorns out to make the world a better place. Pierce can’t reject Hal’s overtures of friendship, in spite of his misgivings about being too old and too pissed off to make a good friend.  As they experience everything from existential Looney Tunes to eternal trips to Target, Pierce becomes more dependent on Hal’s optimism to get him through the day. When Hal starts getting him through the nights too, Pierce must look inside for the knight he used to be―before Christmas becomes a doomsday deadline of heartbreak instead of a celebration of love. 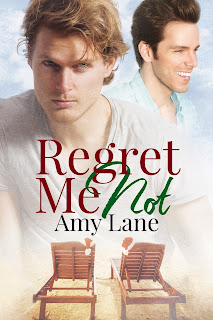 Okay-- some of you may know this story.

I wrote the first Regret Me Not as a 40K e-book for Christmas, 2017. And I sort of fell in love with Pierce and Hal. Pierce was broody and sort of pissy and Hal was just a hurt well of optimism.

And I set the book at a Florida condo, after spending some time with my friend Karen at hers. Cause it was gorgeous.

Anyway--I loved the story and I didn't want to let it stop--but there was no sequel bait here.

It did however, end at the beginning of the two characters driving off into the sunset for a planned road trip, and that sounded like fun. 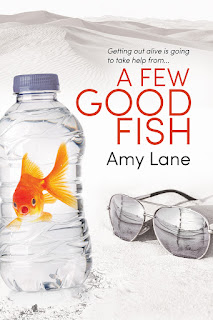 So I wrote about their road trip on the blog, and then sent the extras to my editor, and there was enough to make Regret Me Not into a paperback book.

So that's what we're celebrating here. The paperback version of the original, with the added extras!