Forgive me, I've been editing 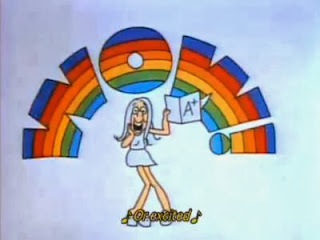 I'm so sorry I left that picture up there for so long.  I am.  It's been kind of a busy five days-- but none of it is really noteworthy.

We did have a birthday celebration for my friend at Joe's Crab Shack that resulted in some unfortunate intestinal complications, but really, what's a few hours on the potty?  I mean, that's reading time, isn't it, as long as it's not both exits no waiting.

And other than that?  Well, the kids have been enjoying the rest from soccer, and then we cleaned the house (sh!  Don't tell!  It looks like crap all, and it's only two days later!)  We cleaned the house for a good reason-- Mate's friend is going to gift us with a wide screen television (our television is around 15 years old, and apparently it is neither chic nor svelte enough) and we had to take down the entertainment center so the new one would fit.

Anyway-- so there was some actual ass busting over *shudder* house cleaning, and then?

Well, have I mentioned the editing hell?

I can't really mention the editing hell too extensively, but it's sort of taken over my life this month.  I mean… intensively.  And for those of you who have seen that I've hit nearly 55K words on NANOWRIMO and thought, "Well, she doesn't have a real job to keep her busy!" Think about this: I have edited eight of my own manuscripts in one form or another since November 1st-- eight-- and brother, am I ready not to read my own work.

But it's weird.  When you hit that final stress button in editing hell, strange things start happening to your brain-- and therefore Twitter feed.  Because you're entire life has become talking to yourself, right?  I mean, you're commenting on your own words and reading your own words, and essentially, it's like that scene from Being John Malkovich where John Malkovich steps into his own brain.

Not pretty.  Not pretty at all.

And yeah.  That one is TMI.  Sorry about that, but, well… I read the note and thought, "Okay-- we're told to write what we know."  That's something I know.

And then, after an exhaustive search and replace for too many exclamation points, there was this:


Yup.  You saw that right.  Interjections!  Listen to it once--I dare you.  It'll be rolling around your head all day.

Oh, hey!  And let's not forget that someone sent me this for no good reason.  Yeah.

You saw the picture.  Penis foliage.

HOW IS THAT EVEN RATTLING AROUND MY BRAIN? 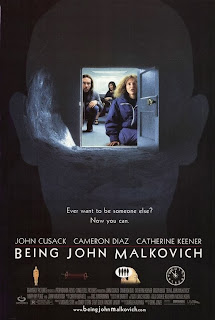 But it is.  It's rattling around my brain.  And so are characters in a story about penis foliage that I will never get to.

But it's worse-- it's everything, it's all random and skirling and the kids are starting to seem rational and not bizarre and…


And I just used the word "just" over 300 times in one manuscript.

And I've been cooking stuff in a crockpot, and all meat tastes better in wine.

You guys.  Tomorrow I'm going to be cooking all day, so I have stuff to take to my stepmom's on Thursday.  For once?  I'm looking forward to cooking.

And that's saying something.