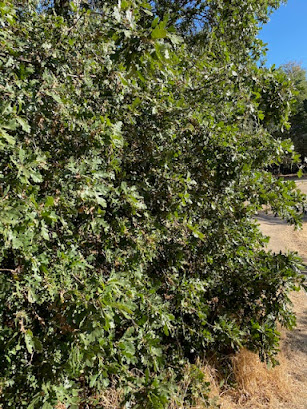 I'm not sure if I've mentioned this before--certainly not in recent years.

My first kiss was behind the pool house with a complete stranger in the sixth grade.

He said he could teach me how to dive and we'd been flirting the whole day and he pulled me around to the back, and there were were, wet hair, dripping water, my lime-green swimsuit sagging a little because the elastic was shot. There he showed me the little hop that would make divinghappen.

And I gazed into his hazel eyes and saw the mild acne and the way his longish hair duck-tailed and the few whiskers on his chin and realized he was probably fourteen or fifteen and I was eleven.

I must have looked scared for a moment--I know my heart leapt into my throat because I wasn't stupid--I hadn't grown up sheltered, although for a long time I pulled my "innocence" around my shoulders like a cloak to protect myself from the things that I'd seen, the things that had been done around and to me, that little girls shouldn't know.

I knew bad things could happen to girls who went behind the pool house with strangers.

But his eyes widened and he looked surprisingly vulnerable and I could smell sun and chlorine and, surprising and almost overwhelming, the smell of blackberry bushes.

It's an odd smell. It doesn't smell like fruit. It's tart and almost like oak and like water and bracken and it's always a sharp counterpoint to the smell of dust and scorched grass which were the other prevalent smells in the foothills.

It flooded me--then, now, always--with a deep melancholy. A sadness for summer because summer was always so fleeting, even when I was a kid. A sadness for being a lonely kid, stuck in my own head.

And then there was a breathless pause, he grew close enough to touch his lips to mine, and I caught my breath.

And then it was over. A true gentleman, he taught me how to dive--and I didn't screw up my courage then--and then he spent the rest of the swim session with his friends.

I think it occurred to both of us that anything else was probably a bad idea.

But that smell of blackberry bushes stuck with me.

Those who have read Vulnerable will remember how much. That smell--that underlying sense of change, of excitement, of a teeming world underlying the ordinariness of the long, exhausting day--has stayed with me. Scenting blackberry bushes on the wind always fears me with equal parts fear and excitement and I am never sure which will win out.

That day it was fear.

We recently unearthed old pictures of Mate and I at our rehearsal dinner--i.e. a picnic in the park where we got married. It was 105 that day--and the next, and believe me, there's nothing like an outdoor wedding when you're wearing a ton of satin and lace to make you homicidal for punch--but blackberry bushes lined the stream that runs through the park, and I still remember a stray strangled breeze carrying that smell to me and for a moment we remembered why we were doing this thing with the formal wear and the relatives and the family, and I was filled with hope.

This week California has been hit with a painful heat wave.

Climate change--which is terrifying enough--coinciding with some of the scariest political history in our country's memory, and we were in for 105-114 degree heat from Friday to Friday. 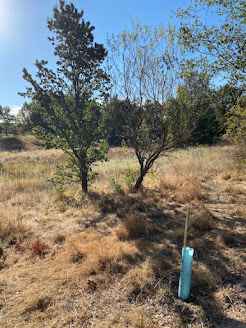 I pulled my practical Mom shoes on and woke up at seven (*gasp *) to walk the dogs. I'm not sure if I can do the same tomorrow--I need to get them out and about before nine o'clock or their little feet can get scorched on the blacktop of the path. But Friday I managed, and at seven in the morning, when the temperature is in the low eighties, the path isn't torturous. I was finishing up a walk and passing a giant conglomeration of oak when it hit me.

The scent of blackberry bushes.

It shouldn't have been a surprise-- much of the path runs alongside a creek--but the water is far below and the wind is not ambitious enough to lift the smell of water and change to the heavier, stiller air above.

But it was. And in spite of the heat rolling in like the steamroller of doom, I paused and closed my eyes and remembered the smell of fear and hope and change.

The fear and change are old friends--particularly after the last three-and-a-half years.

Particularly after this year, I think we all can agree.

But the hope--that was a surprise.

In Vulnerable, when Cory follows that smell, she finds death--but also faith, and upheaval and strength and life.

There are many, many years between that character and myself.

But I can still remember the smell of blackberry bushes in the apocalyptic heat and hope.